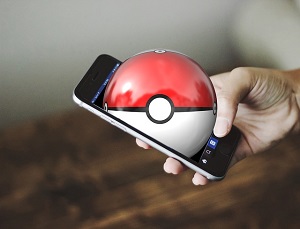 Pocket monsters are back, and they have conquered both the real and virtual worlds. Yet most gamers know little about the platform behind the success of Pokémon Go. Before you catch each Pokémon, know Unity mobile game development and the features that boost its fame. Below are five good reasons Unity game engine is no doubt the perfect platform for Pokémon Go!

Among game engines, Unity is one of the most flexible. It offers better, faster, and more brilliant features that improve user interaction and experience. Whether 2D, 3D, augmented reality (AR), or virtual reality (VR), gamers go for quick apps because Unity developers make high-performance end-to-end platforms. Aside from this, Pokémon Go has an impressive code that backs its sound and graphics.

With its app coding and hosting services, Pokémon Go users can enjoy it because it has a thorough gameplay. Not only does it ask players to travel, but it also uses global positioning system (GPS) signal and data connection. Such game requirements are too much to handle to search for virtual creatures!

Playing an app with virtual images that work with one’s view of the real world is exciting. Pokémon Go makes it possible for gamers to experience the blend of real-life components and programmed stuff.

Unity is the first to create a winning AR app that has charmed people worldwide. What is great with Pokémon Go is it opens new doors for game makers who want to build AR games. The huge number of downloads not only puts AR in the mainstream, but likewise proves Unity’s integrity in this genre.

Unity gives Pokémon Go a more genuine graphics because the game taps map and camera apps. In the same way, it features a nice layout given its complex design for a location-based game.

The developer offers the game with a strong full-featured editor that allows users to play it on gadgets such as desktops, smartphones, and more.

Even with these great features, Unity remains simple. Thus, developers find it cool to create contents on this platform.

Unity draws on analytics that can track and grasp gamers’ behaviors, a way that allows it to check bugs and know the target hardware in every country. Through this, Unity can gain users’ insights based on their actions and tackle them as needed.

As Pokémon Go users move from one place to another, support of the software program for custom events is vital. Unity does this well because it allows special in-game actions.

Many mobile games run well on Unity’s engine. In fact, over 31% of the 1,000 highest grossing mobile games use its engine.

With people wanting handy stuffs, many gamers use smartphones and mobile gadgets when playing Pokémon Go. Users enjoy quick access to game servers. Unity offers a great platform for frequent and active players. It has the right technology that boosts its functions when gamers have a stable Internet service.

You, too, can create your own AR game and make it a global craze. Learn Unity mobile game development the easy way now that such amusement apps grow faster than console ones. CIIT’s bachelor’s degree and specialist course dwell and focus on Unity as one of its learning tools. Enroll now at CIIT! For more details on our courses, call 411-1196.