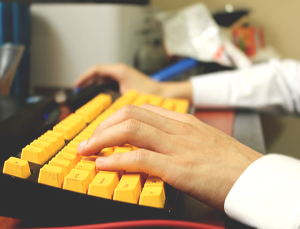 Are you on the hunt for the best mobile game development tool? Take your pick from these ten best game engines today (listed in no particular order).

Many designers consider this open source cross-platform as one of the few gaming engines that’s not only versatile, but also particularly optimized for new developers. While it can be complex, its features and flexibility are worth mentioning. Examples of games developed through this game engine include Hill Climb, Star Thief, and Geometry Dash.

Only a couple of game engines can match the gains that RAGE (Rockstar Advanced Game Engine) offers. Many developers use this to create games on Microsoft Windows, PlayStation 3, Wii, and Xbox 360 consoles. Grand Theft Auto V and Red Dead Redemption are just a few products developed using this engine.

Turbulenz is an HTML game engine that allows game makers to develop titles, use the developer center to test and restate on titles, and self-publish and monetize online without charge. Its famous games are Score Rush, Polycraft, and Save the Day.

If you are a newbie looking for a simple and direct game engine, GameMaker: Studio is the perfect choice! Two famous games produced using this game engine include Gunpoint and Undertale.

Game Salad claims to deliver a game without needing to write a single line of code. Code Black: Code Under Chaos and Mazes of Karradash are two of the many games developed using Game Salad.

This game engine has received praise for its striking graphics output. If you have a knack for awesome game visuals, this can be the ideal game engine for you. Battlecry, The Collectables, and Fibble—Flick ’n’ Roll are only a few notable games created using this engine.

This 3D game engine and server technology platform has earned wide praise from many massively multiplayer online game (MMOG) enthusiasts. One of the most successful products made through HeroEngine is Star Wars: The Old Republic. The licensing terms may seem hefty for new developers, but it’s worth considering if you have a promising project at hand.

Amazing graphics, great sounds, awesome visuals and effects—these are the things we usually look for in a game, right? Well, this engine offers every one of those features! Blockbuster games created using Frostbite are Battlefield, Need for Speed: Rivals, among others.

Unreal is one of the most famed game engines known for developing chic triple-A titles for years now. Gears of War, Batman: Arkham Asylum, Mass Effect, and many other epic games were developed via this engine.

Unity is an affordable option for game developers. It has supreme merits that other engines don’t have. Plus, you have to pay for the license only once! No matter how famous your game becomes, you don’t need to pay again. Unity was the game engine that brought to life Kentucky Route Zero, Endless Space, and Thomas Was Alone.