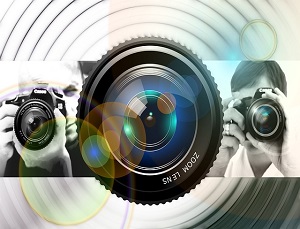 Philippines’ Best Animation School: Pinoy Films to Be Proud Of

Over the years, most US firms have relied on Filipino talents to bring to life characters from films such as Mulan, Finding Nemo, and Lilo & Stitch. With the help of the best animation schools in the country, the Philippines is slowly becoming known as a global animation haven. We even have our list of award-winning films created and produced by our gifted people. Some of them are the following:

Adarna is the first Filipino full-length animated movie, based on the story of an eponymous magical bird. Gerry Garcia—the country’s pioneer in the animation industry—wrote the script and directed the movie. His film received credit from the Metro Manila Film Festival (MMFF) on December 27, 1997 as the first animated movie in Philippine cinema. In 1998, it was also included in the Asian Collection of Japan’s 7th Hiroshima Animation Festival.

In 2008, Gerry Garcia created “Urduja” with a group of Filipino artists using the traditional (hand-drawn) process. The movie tells the story of the famous warrior princess and ruler of the Kingdom of Tawalisi in Pangasinan from 1350 to 1400. Urduja is famous for leading a group of women warriors, called Kinalakian, who were skilled fighters and horse riders. These women, who mastered a high art of warfare, fought along with male warriors to protect their land from invaders.

This film is the country’s first all-digital full-length film. It combined traditional and computer-based techniques in creating images and used paperless 2D and 3D technologies in forming the characters and the backdrops. Its story centers on Bubuy who went to a strange land called Elementalia to save his abducted grandparents. The land was home to a number of strange creatures from Philippine mythology, which were transformed into heartwarming characters in a young boy’s quest. This movie was an official entry to 34th MMFF.

RPG Metanoia is the first Philippine full-length CG-animated feature film in 3D. Produced by Ambient Media, Thaumatrope Animation, and Star Cinema, the film revolves around an 11-year-old gaming geek, Nico, who found his comfort zone through an online game called Metanoia. However, confronted with a world crisis, he was compelled to enter the online gaming universe and save the online gaming community from an infectious virus. The film was an official entry at the 2010 MMFF and won the title for 3rd Best Picture, Best Sound Recording, and Best Original Theme Song. It also won the Quezon City’s Special Citation for being a “gender-sensitive” movie.

Have you watched any of these films before? Do you want to learn how to create award-winning animated movies like these, too?

CIIT, the best animation school in the Philippines can help you. Complete with the latest software and backed by the industry’s experts, the school is the best place to hone your skills. So what are you waiting for? Enroll now! Visit www.ciit-ph.com for more details.