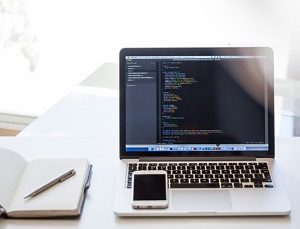 Unknown to many people, the Philippines serves as a major global animation hub for decades now. Specializing in 2D, the country once controlled 90 percent of the world’s animation outsourcing.

The lack of proper skills and enough resources, though, made us lose the chance to control the 3D market.

To vie with countries, such as Korea and India, we need 3D animation schools in the Philippines that will hone our talents in this field.

Without a doubt, our ingenious skills are world class because we are famous in the global animation scene. Cynthia De Castro of Asianjournal.com has pointed out that Pinoys (demonym for Filipinos) play a big part in a few of great, animated Hollywood films.

Nelson Bohol, from Samar, put a touch of our culture to the film by adding a “bahay kubo” (nipa hut) in Nemo’s aquarium. He created the Mt. Mayon inspired mini-volcano named Mt. Wanahakalugi, as well.

Manila-born Armand Serrano made the lanterns in Lilo’s Christmas episode.

Likewise, the expert hands of Ruben Aquino brought the surfer dude, David Kawena and the lovable alien, Pleakley to life.

“A Flintstones Christmas Carol” is a work of art created in the Philippines.

The Need for 3D Animation Schools

In the midst of these superb feats, we still need to exert more effort because we lack skilled 3D artists in the country. This is somewhat due to the very few breaks that Filipinos gain to develop the desired skills.

CIIT, a Philippines 3D animation school, hopes to overturn this picture. Armed with the advanced software and tools, you’re sure to gain the skills to shine brightly in 3D animation at CIIT. The school offers programs that include a special course in 3D animation, with the pros as your teacher.

So if you want to be on the big names’ list in 3D animation, enroll at CIIT! We will improve your skills and make you one of them.