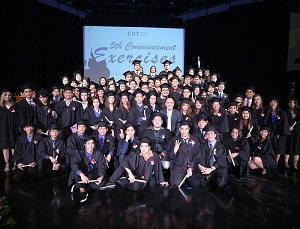 From classic video games such as PacMan, Tetris, Mario Brothers, Galaga, and Donkey Kong, computer and video games have truly come a long way. Also, its ease of access from a wide range of gaming platforms has magnificently magnified its popularity in the recent years. Thus, the game development industry has reached rapid growth over time.

With the availability and affordability of next generation gaming consoles and social platforms such as Facebook, today’s gaming industry has absolutely taken off.

In fact, the industry sold 273 million units in 2009 leading to astounding $10.5 billion revenue across the globe according to the data compiled by the NPD Group, a global market research company, and released by the Entertainment Software Association. While in 2011 the computer and video game industry had a total sales of $24.75 million in hardware, software, and peripherals (The Entertainment Software, 2012). As projected, its revenue will reach to as much as $53 billion this year. In addition, game development is a $90 billion industry globally.

As the industry continues to grow and expand globally, an even more progress is expected in the industry in the coming years as well as the lucrative opportunities it has to offer.

Game Development Industry in the Philippines

As an emerging industry in the Philippines, the country has already shared 0.02% of the game development global market in 2010, which is projected to increase at an even faster rate in the coming years as more creative Filipinos are beginning to make waves in the international scene of game designing.

In fact, a multi-awarded Filipino entrepreneur, Niel Dagondon, established Anino Games in 2001, the pioneer and the largest game development studio in the Philippines. Being the first Filipino in the game design industry, the few years of venture for Niel and his team was not an instant success. But Anito: Defend a Land Enraged has paved the way for the success that the company is enjoying now.

Anito: Defend a Land of Enraged is the first ever Filipino crafted video game. It is a role-playing game (RPG) set in the 16th century Philippines in the fictional island of Maroka. The game was not a major hit but chosen as one of the 10 finalists over a hundred other entries from 18 countries in the annual Sundance of the gaming world during the Game developers Conference. The nomination gave Anino Games several write-ups, experience, and the contacts to sell to the international market. More importantly, Anito promoted Filipino creativity and world-class talent in the game design industry globally.

Having first-hand experience in the business, Niel Dagondon has recognized the bright future and the prevailing problem of the game development industry in the Philippines. He, as the president of Anino Games, has collaborated with Cosmopoint International Institute of Technology (CIIT).

Anino, as It Is Today

Today, Niel Dagondon and his team at Anino Games have crafted several games for an array of platforms, including the Internet, Nintendo Wii, PC, and iPhones. More so, the company created games for entertainment giants such as Walt Disney; Electronic Arts; Playdom; Merscom, LLC; Oberon Media; Alawar Entertainment; Nokia; and Hewlet-Packard; among others.