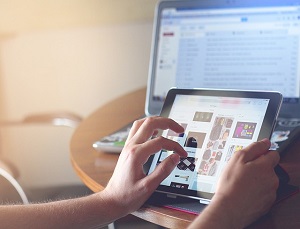 The Most Awesome Vector Exhibit in the Philippines!

A few weeks ago, my classmate Oliver invited me to attend an event organized by Vector X Vexel PH, a community of Filipino artists and enthusiasts whose mission is to unite, inspire and promote Philippine pride all over the world through the use of vectors and graphic design.  It was founded by Rizaldy Catapang, a.k.a. ZLDZ in 2010. VXV’s name became well-known in 2011 both locally and internationally as its core members bagged several features in various websites, print, and media like Advanced Photoshop, Computer Arts, Threadless, Graphika Manila, Vectips, Vector Tuts, and more.

In a span of two years, VXV PH became one of the largest design communities in the Philippines.

The two-day event themed “Vector the Future” had its 1st grand exhibit and convention in celebration of its 2nd anniversary on April 13 and 14 at the La Feria En Arte, ARTS in the City at Fort Bonifacio, Taguig. It included live art shows and a grand bazaar from WeWillDoodle and Handicrafts. The overwhelming interest and hunger for vector and vexel art were evident as the organizers were even forced to cut down the number of tickets they were selling to avoid overcrowding!

Vector protraits of VxV members greeted the entrance of the exhibit.

They gathered local artists who showcased their artworks and joined the insightful discussion led by big names in the creative industry like Rey Esla Teo, Lulli, The Creative Dork, and Quiccs.

Rommel Reyes a.k.a. Rey Esla Teo, is a traditional/digital painter and caricaturist here in the Philippines. During his talk, he incorporated the words proof, perseverance and product to question about our identity as artists and said that one can confirm his identity not by what others think, but by what he thinks about himself. I love the part when he said, “You’re an artist if you consider yourself to be one”.

Robbie Bautista or The Creative Dork is a freelance illustrator, traveller and a blogger. He shared some of his experiences and my favorite quote was, “The first draft of anything is sh*t,” and a quote from Ernest Hemingway that says, “Never settle for the first draft. Always deviate.” A live demo was presented by Sonny Pagara or “Lulli” who is known for being an expert on the art of “Hyperealism” in the vector genre.  It was followed by impressive works shown by Juanito Maiquez or “Quiccs” which focused on well-being accompanied by super sentai media and American cartoon art movements.

As one of the sponsors of the event, CIIT College of Arts and Technology set up a booth to support them with the help of the school’s very own students Marinelle Tallan and Oliver Santiago who are also members of VXV. CIIT also used the venue to showcase the 2013 College Brochure as Rhafael Aseo, the event organizer and VXV member, commented on how it was a perfect example of vector artwork. CIIT also released a video clip on the design and creation process of the new brochure. “I thought of levelling up the cover design I did in Graphika Manila 2012 book so I made an encore of my artwork, “Freedom”. For the process, I got to have some shoots for the reference and drawing for the elements, thanks to Alyssa and Jaycee,” Oliver explained in the video.

At the end of the event, prizes were raffled off such as artwork prints by the speakers, free workshops and a WACOM Bamboo Pen and Touch tablet from CIIT. The event was indeed successful and worthwhile since everyone was able to see how our Filipino artists display their very own artworks in our country and in every part of the world. I feel extremely proud to be a fellow artist and I think the exhibit has inspired me to strengthen my skills and creativity more. I can’t wait for next year’s event!

CIIT partners with VxV for Vector The Future, the 1st VxV Convention

Everyone having an awesome time!