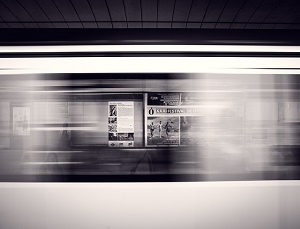 The Philippines, which accounts for 10 percent of the over $122-billion global animation and game development market, could take a bigger slice of this market in partnership with the government of Korea to boost the digital outsourcing sector. This developed as the

Information Technology and Business Process Association of the Philippines (IBPAP) and Technical Education and Skills Development Authority (TESDA) established a partnership with the government of Korea to train Filipino animators and game developers.

The training program was sponsored by the Korea International Cooperation Agency (KOICA) and the Korean Chamber of Commerce and Industry (KCCI) under the International Cooperation Program of the Government of Korea. “The country’s animation and gaming sectors carry a large potential for the Philippine information technology and business process management industry. By training our future leaders, they can strive to lead the next generation in building up the Philippines as the next prime destination for animation and gaming-related services,” said Grace Dimaranan, president of the Animation Council of the Philippines, Inc. (ACPI).

International research firm MarketsandMarkets reports that the global animation and gaming market is expected to grow from $122.20 billion in 2010 to $242.93 billion by 2016. India still dominates the industry with 40 percent of the estimated $1.5 billion global animation and game development market. Korea comes in second with 15 percent share, followed by the Philippines with 10 percent share of the global market. According to Alvin Juban, president of the Game Developers Association of the Philippines (GDAP), partnerships such as this will allow the animation and game development sectors to market to potential clients as well as Filipino talent here and abroad. “We hope to have our game developers and animators penetrate the global market and take a bigger slice of the global market.

Immersing them in a successful and technologically-adept country such as Korea have surely given them the skills and training that they needed,” Juban said. Animators Nelson Udaundo and Cynthia Javier and game developers Joie Sales and Joyce Macaspac trained in Gyeonggi-do, Paju, South Korea for almost two months. The participants took specialist courses in design and construction, and skills on software program education. They also completed workshops on industry-specific skills such as graphics modeling, texturing and lighting, game art as well as programs such as 3D Max, Unity 3D, Java, and other e-learning packages.

Udaundo, Javier, Sales, and Macaspac were chosen from a group of recommended and certified assessors and trainers of TESDA. The domestic industry is similar to Korea’s in many respects. Both industries practice Western-style animation having had decades of experience in Western production projects as well as setbacks,“ said Udaundo. “But we can learn from how the Koreans brought back their industry to life through the creation of original content, which led them to carve out a respectable niche in the global animation suppliers market.“

With public-private partnership initiatives being pursued in several locations to drive the growth of the Philippine animation and gaming sectors, ACPI and GDAP are working closely with IBPAP to lead their respective sectors in conquering the global market. (BCM)

Grave Mania: Pandemic Pandemonium is the latest game to be developed by Anino Games and published by Big Fish Games.

Anito: Defend A Land Enraged, was the perhaps the first ever PC RPG game made purely by Filipino artists and programmers. This game won 2004 Role Playing Game of the Year and Innovation in Audio Awards from the Independent Game Festival and literally started the game development industry in the Philippines.

Unknown to a lot of Filipino’s, we are currently the 3rd largest destination for outsourcing of animation and game development projects by big companies all over the world like Electronic Arts (EA), Activision, Namco, etc. One of the biggest hindrance to the industry’s growth is the lack of talent. CIIT together with Anino Games, envisions to provide and train game enthusiasts to become future developers. CIIT offers courses in Game Development under its BS-Computer Science Program starting June of 2013.