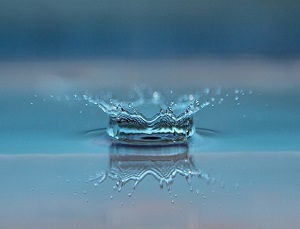 On November 17, 2011, at Technowave II Terazzo, Tomas Morato, one of the most anticipated events at the CIIT was finally realized. With the assistance and hard work of the Student Council, SC moderator Ms. Rizalyn Aquino and Ms. Alley Valdeavilla, the sponsors, and the warm and heartfelt support of the students and the faculty, the search for Mr. and Ms. CIIT 2011 finally made its formal debut, creating an evening that no one would certainly forget.

Completely packed and graced by the presence of the event’s dear and gracious hosts and sponsors, the program started at exactly six, stirring emotions and provoking excitement. Charissa Antalan and Kevin Lee welcomed everyone and introduced the charming candidates that took part in the competition. Of course, these were:

Each contestant was given an opportunity to present themselves to the audience as they walked towards the stage, dressed in the unique creations of Edd Sy and Gener Gozum. And as they did, the photographers seemingly took endless shots to capture the magnanimous moment. After, some of the contestants, as well as a number of CIIT’s talented students, took to the stage to accept several special awards, which include:

4.Rex Sueno as CIIT’s Artists of the Month

5.Mendelson Serrano for the Photo Contest

Wise words were heard from the candidates, who did an excellent job at providing answers to questions relevant in this day and age. Ms. Gabriella Germino commented on the country’s current problem with teachers and the corruption done by the government. Ms. Elaine de Goma took a more faith-based response, proclaiming that with God, “everything is possible.” Mr. Axl Singma, on the other hand, remarked that every time a person fails, one should learn to stand up and fight again, while Mr. Raymund Sabado made a promise that if he ever won, he would help others gain confidence. Finally, Mr. Kenny Vallo said that he wouldn’t change anything expressed satisfaction over his life.

Finally, after the raffle prizes were announced, the moment of truth finally came and the winners were proclaimed. Ms. Josephine Catubig and Mr. Raymund Sabado were the 2nd Runners-Up while Ms. Elaine de Goma and Mr. Axl Singma were first. Lastly, Mr. Kenny Vallo and Ms. Gabriella Germino were announced as Mr. and Ms. CIIT 2011, to everyone’s happiness. Cheers and the perfunctory congratulations were passed all around, not only to the victors, but to those who participated and did a good job. The event was an astounding success, beginning a tradition which will happen every single year.

Once again, we would like to thank all those who supported the events especially to our sponsors: Gener Gozum for the dresses. Mr. Eddy Sy for the gowns, Saku Saku Chicken, Fina Digital, Cheryl Cabanos from Make-up Academy, Bambbi Fuentes Salon and Ms. Lorna Cuizon. We are very much grateful for your support! We would also like to thank Cosmo Groove and Zero Productions for the promotional videos.

Students show up in support of the highly anticipated event.