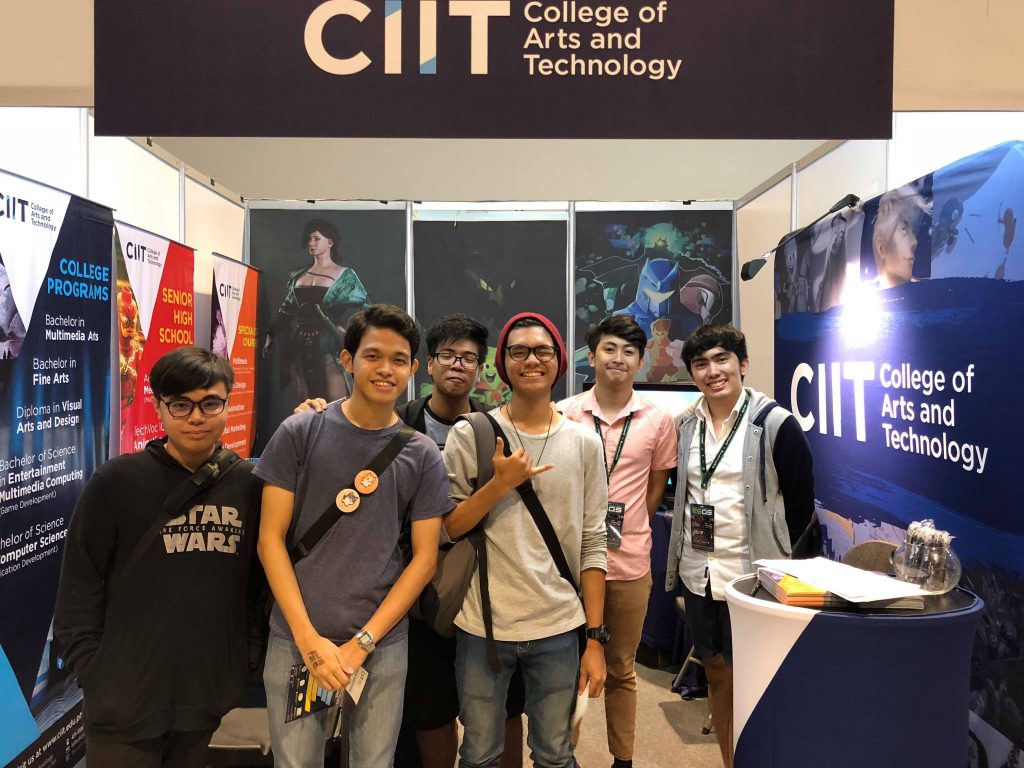 In its 5th installment, ESGS outperformed itself from last year’s convention by bringing the best of the best to this huge gathering of gamers and developers this year. ESGS or Electronic Sports and Gaming Summit is considered as one of the biggest gaming conventions in Southeast Asia. Game enthusiasts and developers here and abroad gathered in SMX Mall of Asia last October 26 to 28, 2018 to witness the gaming event, meet the creators, find out the newest releases, join the competitions and of course, get freebies and merchandises.

The grand convention also became a platform for the developers to introduce new games and showcase their latest developments. Of course, CIIT Philippines seized the opportunity to exhibit some of the games that our very own students developed. A few of them even had the opportunity to attend the convention and experience the gaming hype themselves. One of our students, Caviar Napoleon Acampado, also known as “Enderr”, won the Starcraft II Philippines Finals and will be competing in Malaysia on December 13 to 17 to represent the Philippines in WESG S.E.A Finals.

For you to experience the ESGS hype, we collected the stories of experiences of our students and decided to share them with you: 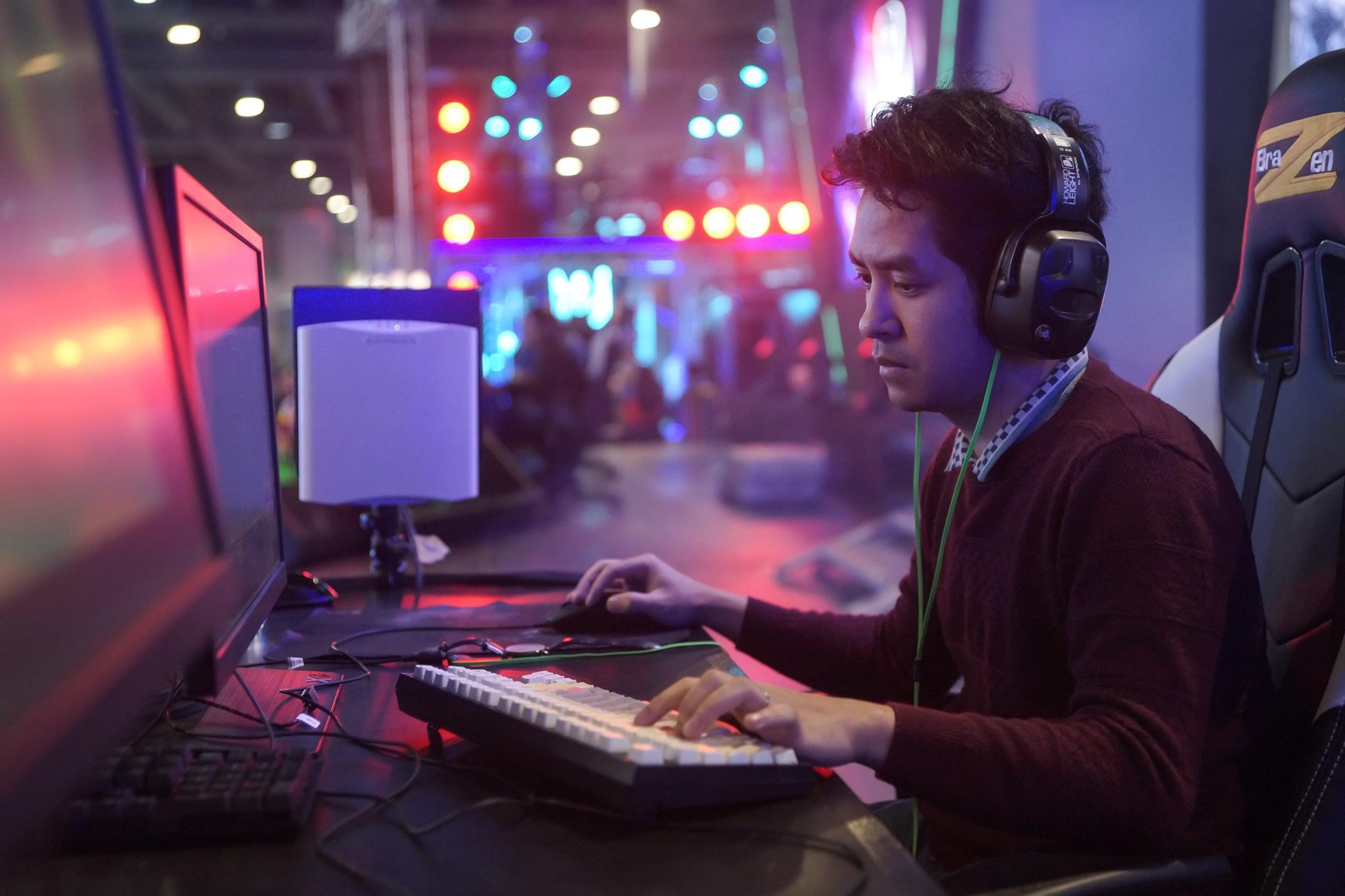 “I had so much fun! Overall, I am truly satisfied with the event. There were a lot of amazing booths to visit. Also, I learned a lot from independent game developers and even had the chance to try their games. The knowledge I acquired was immensely helpful with my studies since I am a game development student​. I have been attending ESGS in the past but this year was memorable particularly because I won the first place title for Starcraft II. It has been a long time since I played a tournament onsite and it feels great to play on stage again.”

“ESGS was even better this year compared to the last! Lots of amazing independent games were featured and tons of huge gaming companies were also there to conduct a variety of quests. I was so thrilled to witness different E-Sports tournament in the convention since I am into competitive gaming, as well. It was my second time going to this game convention but it was the first with the CIIT team. What a motivating sight to see other gamers enjoying the games developed by our very own students! That made me want to study harder so I can feature my very own game the next time around.”

“The most exciting experience for me in this year’s ESGS was the opportunity to play the boardgames I’ve been wanting to try for quite some time now. Thanks to Ludus’s Boardgame Area, I finally get to play that game! I also had the chance to talk to local game designers and gained many ideas from them. On top of these, it was fulfilling to watch others playing my very own game, Pasilyo, a psychological horror game in which the player is an experiment of an asylum and in his own accord, he has to understand his purpose on the game. The gamers mentioned that they had fun after trying out the game.”

“It was fun and exciting! I’m glad to see people with common interests (Games) gathered together in one big event. Personally, I think, ESGS is a bridge for the game development community to collaborate. It was my first time to attend ESGS. Luckily, CIIT gave us the chance to showcase our game,​ the Argonauts. As a young game developer, it was so satisfying to see others enjoying our game and providing feedback. Some explored the higher levels of the game and pushed their efforts to defeat the hardest mode while the others chose to observe to find glitches and took notes. After some time, we roamed around ESGS and had the privilege to talk with the developers to ask them about their humble beginnings in game development and tips, and techniques in game creation particularly their practices to have a shorter creation process to save up time in development.”

“The ESGS is an event truly filled with fun moments and surprises, it was a blast seeing all the cool, funky, eccentric (you name it!) suited individuals. It was most memorable when people gave genuine criticisms and words of improvement for our game entry, Argonauts, fortunately, they were all the good kind. As developers, seeing people play our game and find them having fun with it, was such a remarkable feeling. It was not just an educational experience but a very important time overall. We had such an amazing time with all the people especially friends and even alumni who visited the CIIT booth. It wasn’t just an unforgettable event but an iconic one as it can become our first foundation upon creating more worlds.”

“The best and the most ‘sulit’ convention I’ve ever been! Although, this is the first time I’ve attended such. The most memorable part of the convention was the time that we had to live stream a game just to get a free T-shirt.”

“My ESGS experience this year was unbelievable since they used the entire ground floor of the SMX. It was my second time attending the convention and I decided to come again this year because I had fun last year. Through the convention, I was given the chance to play video games that I don’t have a copy yet and luckily, I won a couple of games. Perhaps, the most memorable event that happened that day was the fact that I was with my friends! I was planning to come alone but then they invited me, and honestly, it made my ESGS experience much better. To have fun alone is great, but to have fun with friends is amazing!”

“ESGS was the first convention that I’ve attended. Let me just say it was a blast! It is one of the biggest gatherings of gamers and enthusiasts like me in the country. It feels like, I found my people, I found where I belong. Also, the event has so much to offer. I get to experience playing a VR game and an authentic gaming PC which I don’t have at home. A 1-day ticket was not enough because of the huge venue and immense activities in the event which I think, was the reason why people kept coming back. Also, I have observed that ESGS became a perfect avenue for independent Filipino game developers to headstart. I attended the event not only to get a preview of upcoming games or to receive freebies (which is a lot, by the way) but to spend time with my friends and get an unforgettable experience with them because events such as this bring us together. Hyped for ESGS 2019!”