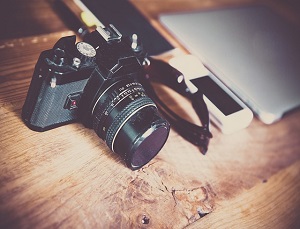 Photography takes on the difficult task of capturing that one fleeting moment for the entire world to see. And every photograph is unique, which adds another challenging dimension to the art form. Recreating a photograph, creating a mimetic reproduction, is a more difficult feat. That was the project the students of CIIT’s Photography II class had on their plates recently. It was a brilliant and stimulating exercise that tested the limits of their skills, knowledge and ability to adapt to situations that can happen during their careers.

The project was designed as their midterm examination, and it entailed the students to use a photograph from a magazine article or ad and recreate them without the use of any design applications such as Adobe Photoshop. The project was named Copycat, which was perfect, since recreation was not only their concern. The students practically had to duplicate the photographs they brought with them.

The project instantly became a sensation and it inspired the students to push boundaries. Gathering the materials became a problem. How can you find an item, or an article of clothing, that exactly looked like the one in your photograph? Plus, looking for a model willing to strip down to their underwear is no walk in the park. Students also had to make use of all their knowledge and experience in the technical aspects of photography, artificial lighting, composition and mastery of the numerous equipments to be used since no editing whatsoever or “retoke” was allowed for the final output. The project forced them to be resourceful, to be imaginative, and most of all, to be persevering, despite the odds. In the end, most succeeded, and there were even some that really gave birth to photographs that can be considered works of art. In the class, four stood out.

“It was  a challenge preparing for this shoot, from finding the right model to completing the costume & accessories needed. It also turned out to be an expensive shoot but I didn’t mind, all I want is to have a good result and make the most out of it. In the end, although there’s still a lot to improve and correct, I think I have done well.”

One of them is Marinelle Talan, whose obsessive attention to detail is staggering. Not only was she able to replicate the figure, her pose, and even the articles of clothing the model wore, she was able to render the exact shadows, angles and spatial dimensions down to the dot. Angelene Grace Dejan, on the other hand, took it upon herself the magnanimous task of copying a close-up shot. Although she was not able to find a model that resembled the face of the person in the L’oreal ad, she was able to replicate the emotional gravitas and tone of the photograph. Jefferson Tang took it a notch higher with a steamy adaptation of an underwear ad by Bench featuring Nicole Scherzinger. Although provocative in nature, he was able to successfully pursue the task at hand and created something equally as stunning as the original work. Lastly, Ax’l Ross Singma, who, with precision and skill, recreated a famous poster featuring Gretchen Barretto. Although the model had no similarities with the actress whatsoever, Mr. Sigma was able to also capture the essence of the work, making him successful in his endeavor.

“Anyway, the first two output/results of my photo shoot were rejected but its okay, it’s a learning process. Kaya nga tayo nag photography para matuto eh… and I really learned a lot! At last, the third was accepted!”

Copycat was created, conceptualized and initiated by Professor Robert Fontilla. Equipped with fourteen years of experience in the field of photography, he is one of the most famous figures in the CIIT campus as one of its many professors, specializing in Basic Photography, Conceptual and Creative Photography, as well as Commercial and Digital Photography.  As one of CIIT’s most dedicated professors, Copycat was theorized to train the students in real-life career situations and bring out the imaginative faculty which all existed in them, complying with CIIT’s world-class standards and goals. Such projects, of course, is but one of the steps that the school takes in order to prepare and train their students to be adept and superior in their fields of interest and their career paths.

Copycat is but a taste of what students will do as they pursue their studies within the walls of the CIIT, and but a single step to achieving victory and greatness as one acquires the knowledge needed within its classrooms. We at CIIT are determined to constantly push our students towards brilliance, success and personal contentment.