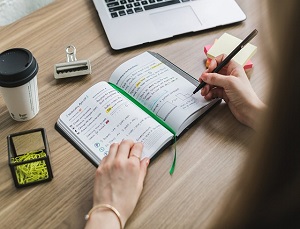 CIIT Opens its Doors to a New and Exciting School Year

CIIT has barely made a dent on the long semester ahead, but it looks like it is in for one unforgettable and promising school year.

The enrollment period alone has posted a record increase, as recent commerce data has yielded the demand for courses directly connected to the Multimedia Arts and the numerous disciplines that belong to the field of Information Technology. Moreover, current developments have shown how the rapidly expanding and continuously growing BPO community in the country has called out for much more industry-ready graduates who are better prepared to take on the important and rising responsibilities of professionals in that particular field. Of course, as one of the best Multimedia Arts and IT schools in the country, CIIT has answered their call, accepting more students, taking on the gargantuan task of training the next generation of specialists in the country.

Only on its 4th year of operations, CIIT currently has an estimated number of 350 students enrolled and enlisted in the school, taking up various courses in IT and in the Multimedia Arts suited for their foreseen career. CIIT is proud to announce that 9 of those students are currently in Kuala Lumpur, Malaysia, continuing their studies, furthering their training, in CIIT’s main campus.

In the next semester and in the next school year, CIIT expects an exponential increase in inquiries and interest. The school currently holds a 98% satisfaction rating from its present students, not to mention a very high retention rate, proving that the future is indeed safe and secure in CIIT.

Moreover, CIIT is currently in the works of initiating a new program which would allow their students to customize their learning experience in the hopes of maximizing their potentials. Beginning in 2013, student’s will now be allowed to have the option of pursuing either a Local Bachelor’s Degree Program under CHED or an International Bachelor’s Degree Program, with the latter providing the exceptional chance of finishing their BA/BS degree in Kuala Lumpur. In addition, CIIT will also be establishing a dual diploma program, enabling students to choose two complimentary courses that would enhance one’s skills.

Alongside these exciting innovations, CIIT will continue to push boundaries and develop its already superior services. This is but a taste of what the school has in store for this year and for the future.