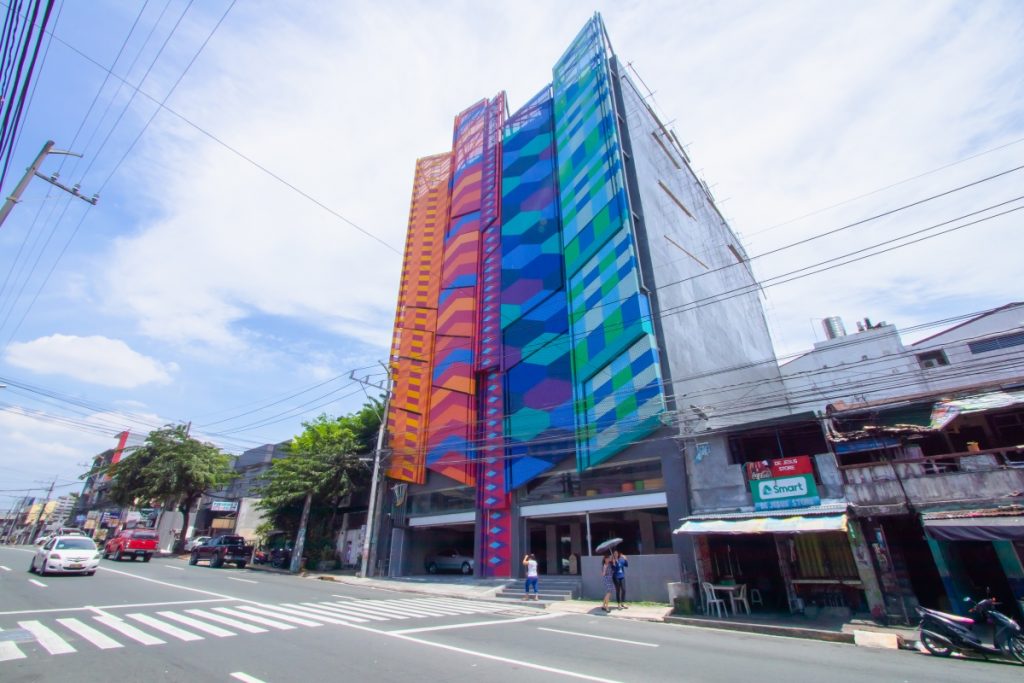 Along the bustling street of Kamuning in Quezon City lies a uniquely designed infrastructure made prominent by its avant-garde and colorful facade. At first glance, one might think of it as a museum but the captivating building, more commonly known as the Interweave Building, is actually the new home of the multimedia, animation, visual arts and game development students of CIIT College of Arts and Technology. And, though forward-looking as the design is, it is actually inspired by the centuries Filipino art of “paghahabi”. Aside from the striking facade, this culturally-inspired and highly-modernized structure is wrapped in a couple of 40 ft graphic murals, considered as one of the tallest in Quezon City.

This beautiful work of architecture is a creation of the eminent design team, Buensalido+Architects whose three design inspirations where a tree symbolizing sustainability, a microchip representing the school as a technological institution, and traditional weaving fabrics to epitomized the Filipino culture. According to their Chief Design Ambassador, Architect Jason Buensalido, his team took into consideration the identity, vision, and mission of CIIT Philippines before coming up with the final design. “The first time I saw the old building I was surprised with how old the structure was. At the same time, we were challenged to completely transform the structure and align the architecture of the building with CIIT’s identity as an Arts and Technology school,” Arch Buensalido noted.

On the building wall facing EDSA, the eye-catching mural art cannot go unnoticed. The artistic and creative handiwork of none other than renowned visual artist and muralist, Mr. Kris Abrigo beautifully stands out when one approaches Kamuning Road. The same artist is the man behind the City of Colors, the HongKong Wall 2017, and Urbanized Indio, Math Mural and other known mural arts around the country. Under the scorching heat of the sun, Mr. Abrigo and his team, including one alumnus from CIIT Philippines, Mr. Josef Penaflorida, braved the heights to make this huge mural happen. Interestingly, the profile template used for the artwork was the only side view photo of the country’s National Hero, Dr. Jose Rizal. During the design process, Mr. Abrigo transformed it into an intricate artwork of geometric designs and colors that matches the hue of the Interweave design. The human head mural art, according to Mr. Abrigo, symbolizes the intelligence and wisdom that one person can acquire from education.

CIIT Philippines officially marked the opening of the Interweave Building on November 22, 2018, in conjunction with the school’s 10th Anniversary celebration. Different partners from government agencies, organizations and institutions joined the decade celebration and had the chance to tour the newly launched school building. The historic ribbon-cutting ceremony was graced by guests of honor, Vice Mayor Joy Belmonte, CHED Director Leonida Calaqui, Ms. Cathy Horuguchi of UTPRAS in TESDA, and Barangay Chairwoman Armida Castel of Brgy. Kamuning. Leading the momentous event are none other than the Board of Directors of CIIT Philippines, Chairman of the Board, Mr. Niel Dagondon; President, Mr. Sherwin O; Vice President of Finance, Mr. Darwin O; and HR Director, Ms. Nicole Dagondon. 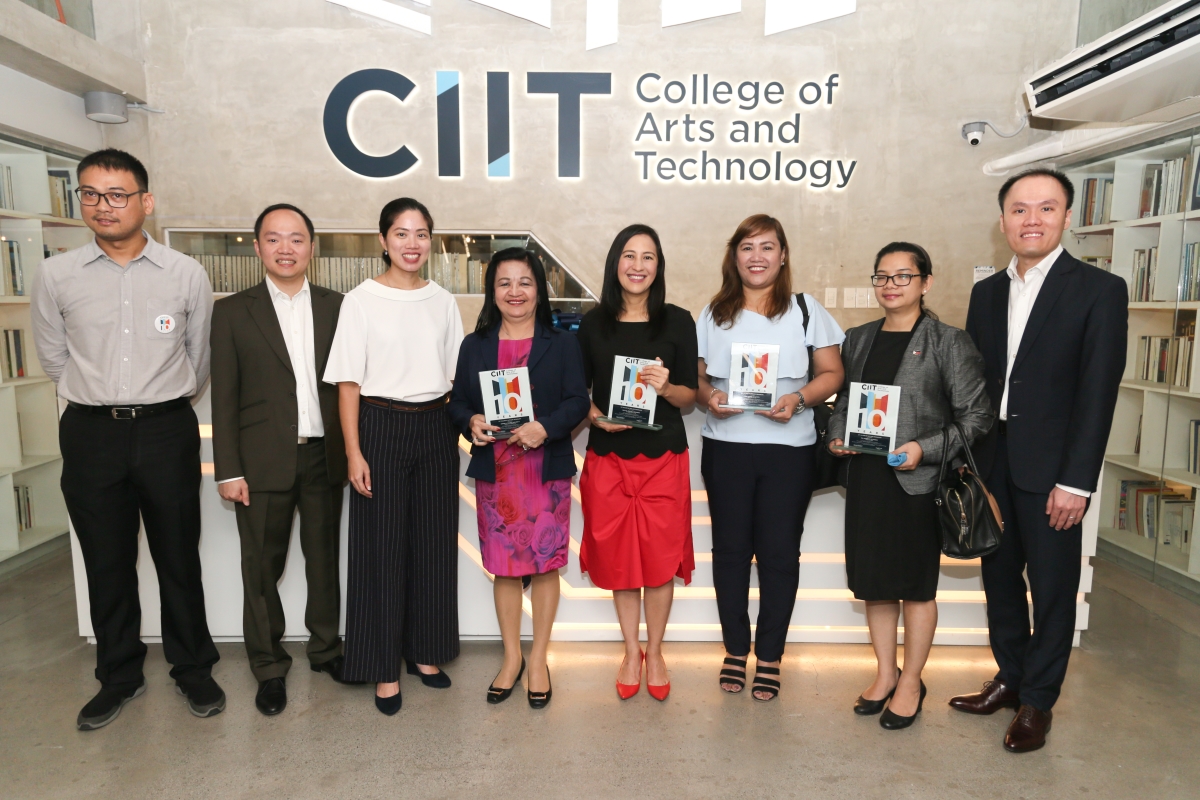 CIIT College of Arts and Technology has been providing modern education in the areas of animation, multimedia arts, graphic design, programming and game development to Filipinos from all walks of life. It offers Diploma Programs and Bachelor degrees for college students, Senior High School, and Short courses for professionals. CIIT’s vision is to modernize education in order to lead the way towards a globally competitive Philippines.

For more information about CIIT College of Arts and Technology, visit their website www.ciit.edu.ph or call (02) 411 11 96.