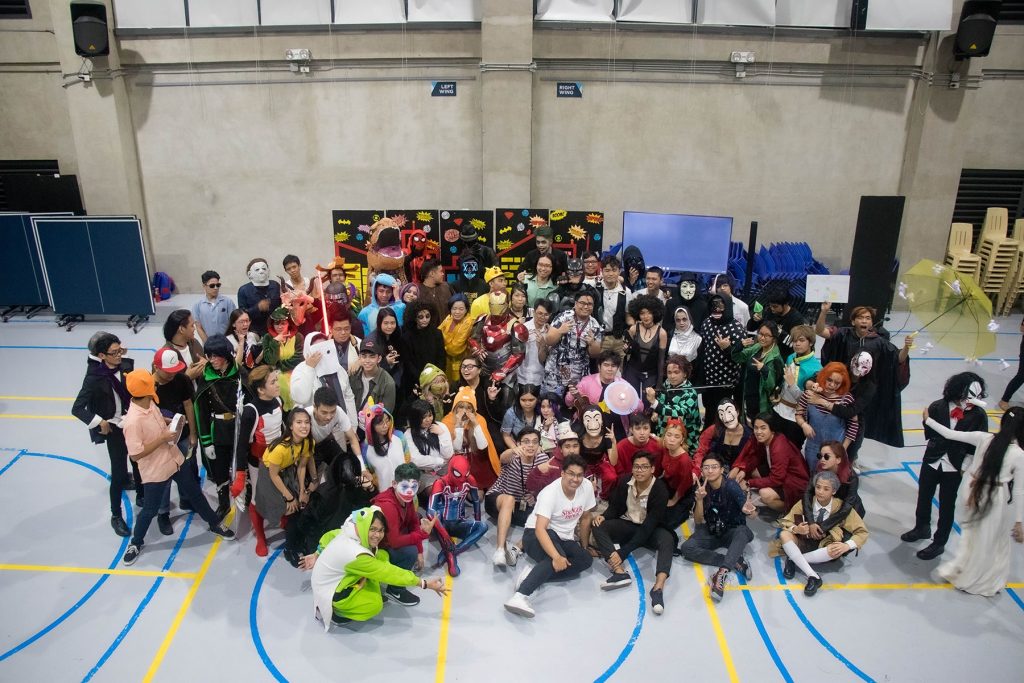 5 Reasons Why CIIT’s Halloween Gave us all the Chills

October or the Halloween season is that time of the year when CIIT students get to flaunt their best costumes and brag about their favorite anime persona, cartoon characters and movie personalities. This year, however, the cosplay competition was taken to a whole new level as the event coincides with the official launch of the graphic novel collection of the CIIT College Library, dubbing it as the Graphika Nobela Cosplay Competition. Fourteen CIIT students participated in the exciting competition with a number of them dressing up as Graphic Novel characters to align with the concept of their costumes and the theme of the event. The day was made even more fun and exciting because other students and staff cosplayed as well despite not joining the contest. With more than a hundred students and staff walking around the Interweave Building Gym in costumes, CIIT’s Halloween ambiance felt like a cosplay festival!

But, perhaps, the most anticipated event of the day involved the big reveal that made it to the top 1 spot out of the 5 reasons why CIIT’s Halloween celebration seriously gave us chills. Before finding out the answer, read about the first four highlights so you can experience for yourself the Halloween feels here at CIIT:

#5 So, who won the cosplay contest? 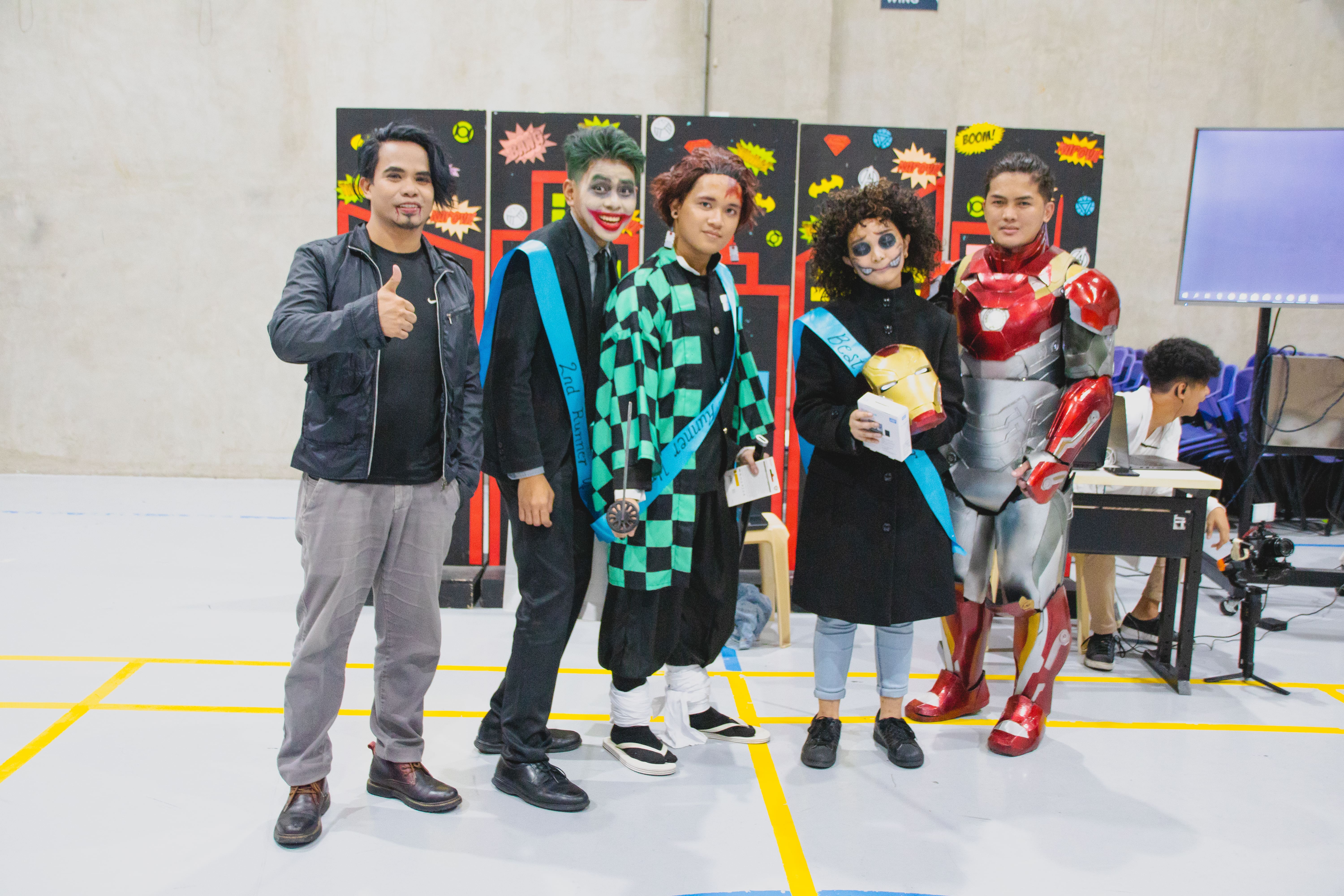 Three contestants stood out among the rest of the cosplayers with their enchanting looks and fascinating renditions of the characters they imitated. Taking 3rd place was Juan Paolo Hector who dressed up as the Joker, Batman’s greatest enemy, and whose back story is written in The Killing Joke graphic novel. Second place went to Yanreh Termulo who cosplayed as Kamado Tanjiro from the graphic novel, Demon Slayer: Kimetsu no Yaiba. And, finally, the cosplayer who topped the list and was named the Best Cosplayer of the Graphika Nobela Cosplay Contest was none other than, Angelic Sritat who creatively disguised herself as Wybie Lovat from the film Coraline.

Are you wondering how the other cosplayers looked like? See the photos below to witness for yourself the artistry showcased by the students.

#4 Ghost Nun is in the House 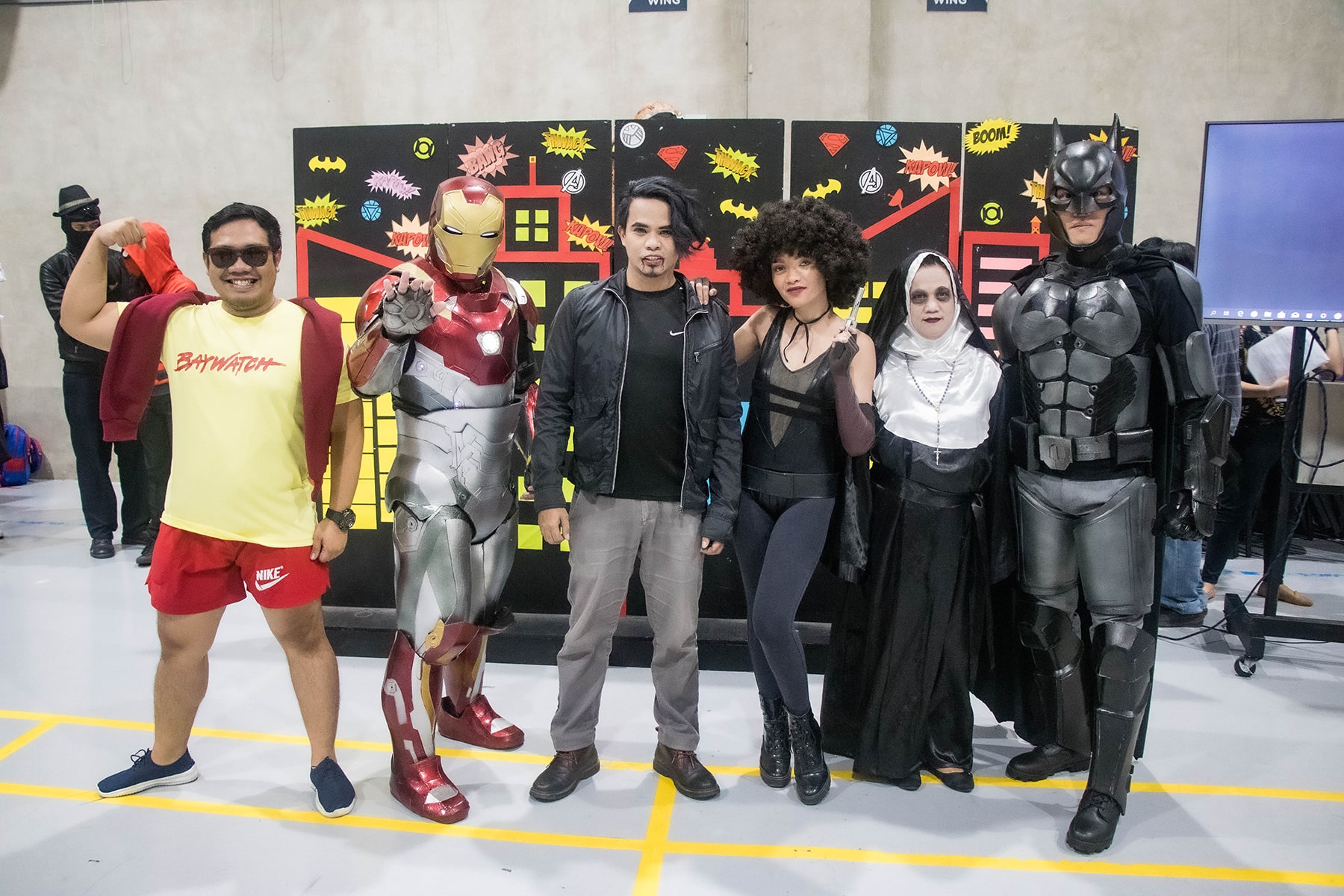 The moment the Ghost Nun of CIIT stepped out of the elevator, the crowd went wild and were greatly amused at the sight of an almost lifelike replica of the character being portrayed. The woman behind the disguise was none other than the school’s esteemed member of the manpower team, Ms. Mylyn Velasquez, or better known to the students and staff as Ate Mye. Ate Mye set foot at our Halloween event wearing a complete costume from head to toe—a black and white habit along with scary-looking make-up that would give you sleepless fearful nights.

#3 The Panel of Judges and our President in Character

Of course, the panel of judges, wouldn’t let themselves be left behind and joined in the fun. Mr. Chris Sanchez, our Career and Placement Officer, dressed up as a teenage vampire, Mr. Louper Vacnot, BDD Officer and a top runner of the Best Costume award in previously held contests by CIIT, came fully dressed as Ironman (Mark 47 Armor) while Ms. Cathy Monterola changed herself into Domino of Deadpool 2. CIIT President, Sherwin O, also joined the fun by cosplaying as the legendary Batman. 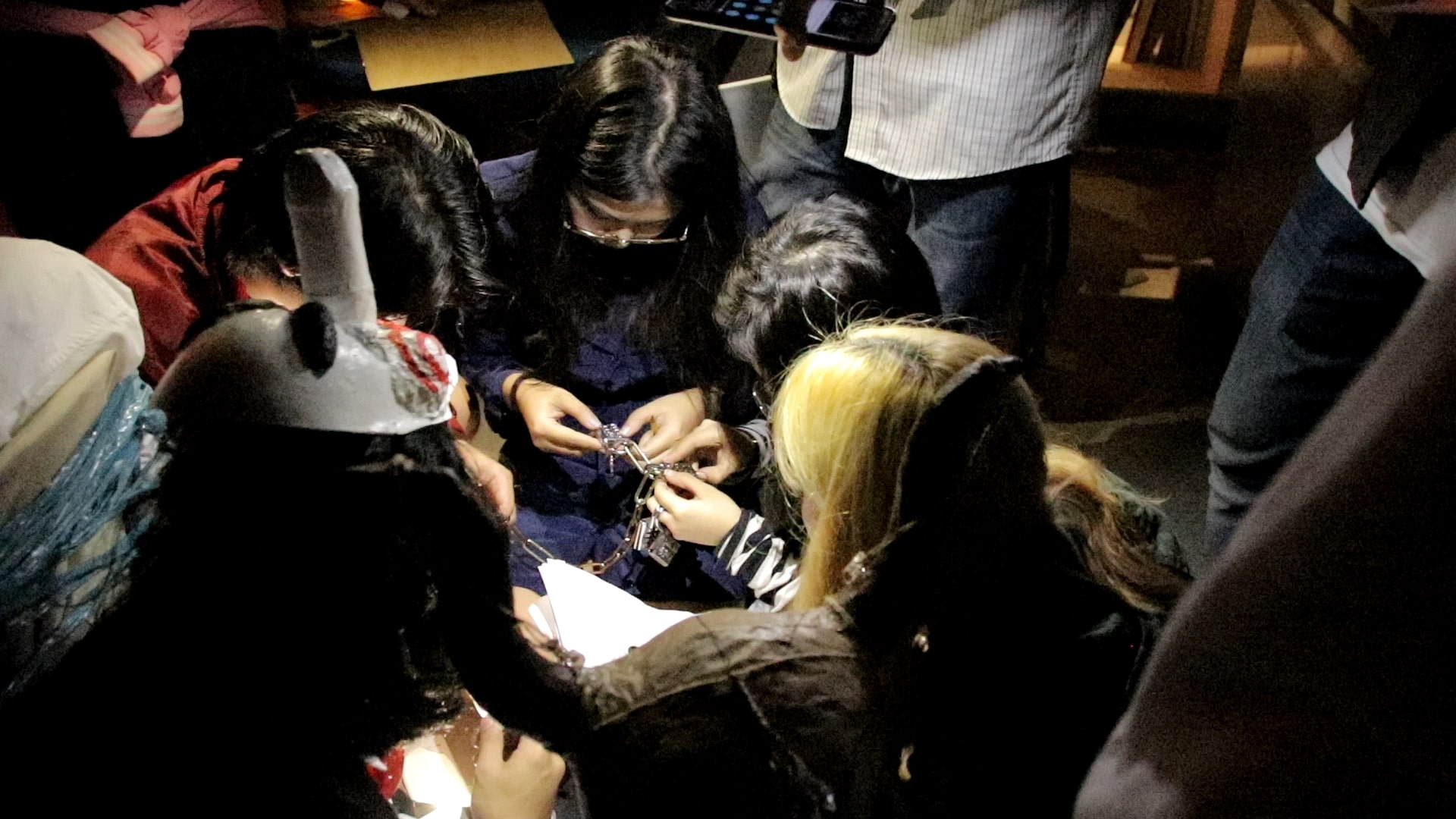 What started as a dream became a reality when the ever creative and hardworking CIIT Student Council made happen an unforgettable Escape Room experience for our CIITzens. CIIT Student Council President, Royd Ville Francisco, shared that his idea began after he dreamt of the school being hijacked. Hence, during their planning for a special Halloween event for our students, the SC ended up transforming the entire school into a haunted, crazy looking environment that embodied the exhumed remains of a once glorious institution.

On the day of Halloween, lights were turned off from the ground to the 6th with each floor staging different puzzles and challenges that tested the strategic and logical skills of the students. The final round involved looking for the unique key that would save the victim of the possessed Interweave Building. 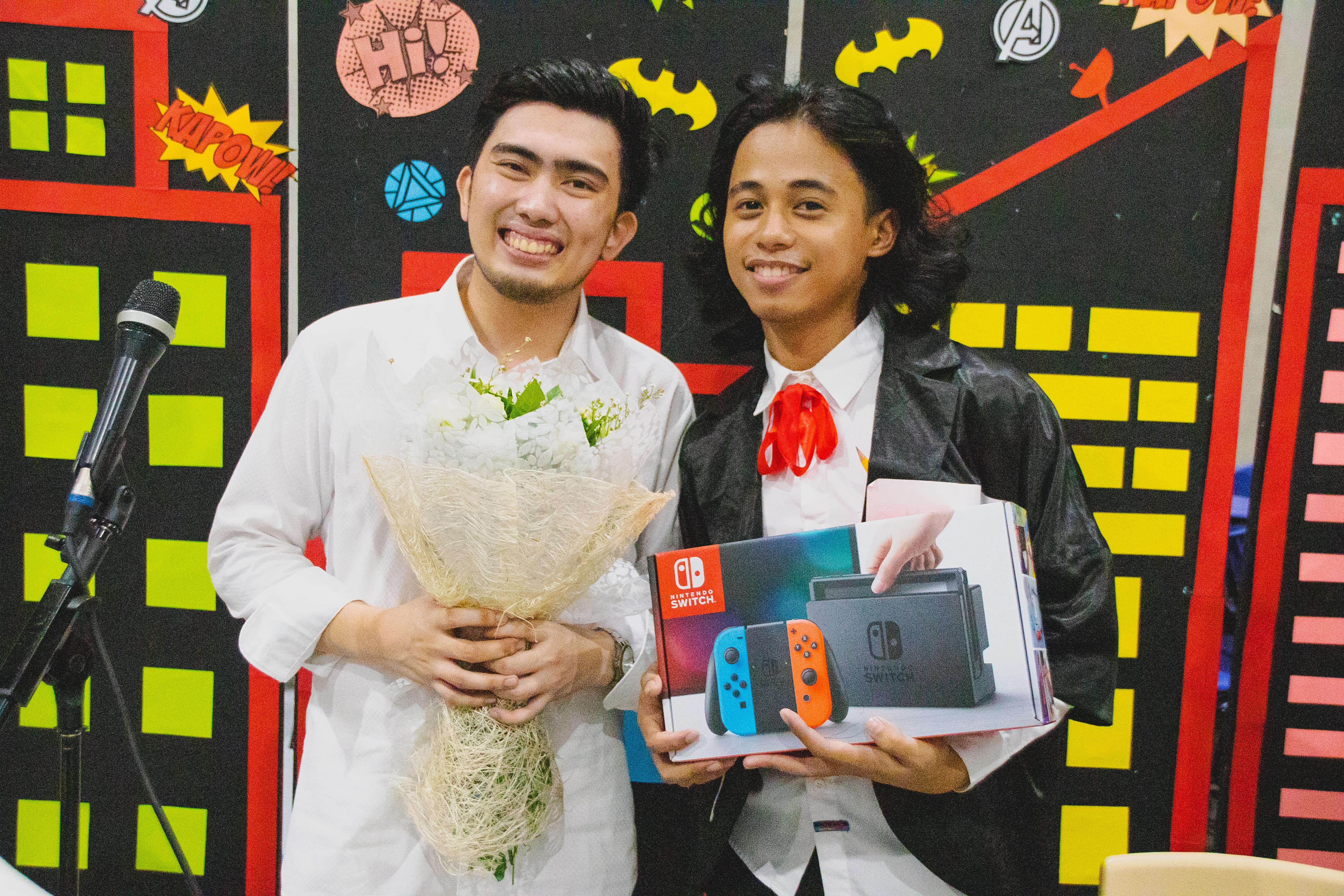 As mentioned earlier, the most awaited part of the CIIT Halloween experience was the awarding of the highly clamored prize of the day—a Nintendo Switch. Weeks prior to Halloween, CIIT’s Student Council teased about the console being the major prize and sent riddles via email which caused excitement among our students. On the day of Halloween, only 50 riddle solvers were chosen to become part of the roster of the official participants. Five mind-boggling challenges were placed on each floor and the number of puzzle solvers decreases as they lost in each round. By the end of the game, only one lucky CIITzen was able to unlock the ultimate challenge —Kevin Lizor Allam. He was given a winner’s welcome at the 7th-floor gym with the CIIT community surrounding him while officially receiving his hard-earned prize, the Nintendo Switch.

Experience CIIT’s Halloween with the whole CIIT Community in the future. If you are into the arts or technology, you can be one of our students and experience extraordinary college life. Check out how the CIIT college programs that we offer and apply as soon as you can.