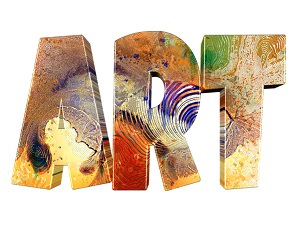 October 8 marked the opening of Jason Moss’ 24th exhibit at the Pablo Galleries in Fort Bonifacio, Taguig. Entitled RESET/PLAY, the event was attended by a number of his students from CIIT, all of whom were excited at the prospect of seeing their mentor’s paintings on its launching night.

The artworks were nothing short of astounding. Arguably, it was playful, making use of different colors, ultimately making it pleasing to the naked eye. Its many details in the layers presented provide a sense of depth that truly astonished those who came to witness the sheer grandeur of the works.

What’s even more surprising was that despite the unconventional use of colors, Mr. Moss managed, and succeeded, in merging them together in a beautiful manner.The same can be said with his attempt to translate old photographs to a newer, much more modern medium, creating a new work in the process. One especially caught everyone’s attention, taking the audience’s breath away, as Mr. Moss magnificently accomplished his task of transmuting a photo into a painting in only twenty minutes.

Another unexpected thing was the commentaries written on the surface of the wall, along with the paintings. Not only do these short texts allow the viewers to see the birth, sense and logic to the ideas behind each work of art, its humorous and light-hearted tone also give insight to the artist’s identity and personality.

Attended by a diverse range of individuals, including patrons of the arts and those who are artists themselves, each and every one felt a sense of amazement for Moss’ talent and sheer originality. He is truly a person who expresses his creativity and criticism of the world, a rare individual especially during the present era. Moss has yet again lived up to his name and acclaim, creating another exhibit that must be seen by artists, lovers of the visual arts, spectators and newbies, alike.

We invite all of you to take a look at Jason Moss’ RESET/PLAY at the Pablo Galleries, Market Condominiums, in Fort Bonifacio, Taguig. The exhibit will run until the fifth of November, 2011.

Jason Moss, one of CIIT’s most distinguished faculty members, is a graduate of Bachelor in Fine Arts at the University of Santo Tomas and is one of the most renowned and respected local artists in the industry today.

Fellow local artist appreciates and shares his views on some of the pieces.

Jason Moss (2nd form right) takes a break sharing a picture with some of his students.

Nico Puertollano (2nd from left) of 27+20 enjoying the exhibit. Nico was one of the speakers for this years Graphika Manila 2011.

The busy scenery outside Pablo Galleries in Fort Bonifacio, Taguig during opening night.