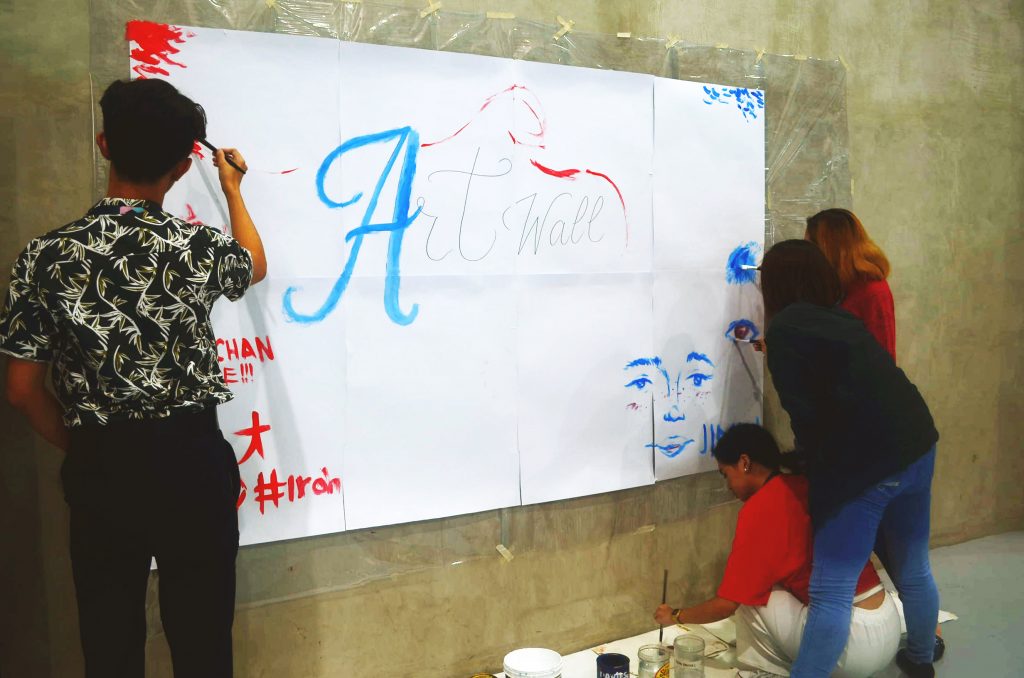 From None to One: Atelier’s Journey in One Year

It all started on a Saturday afternoon of September with a group of friends hanging out and creating plates together. Since extra time was given to finish the plates, there was much time for chitchat. Thing is, everyone in the Fine Arts class was friends with each other so you’ll hear nonstop chatter around the four corners of the room. While enjoying their talking sesh, a sudden idea came into light, “Traditional Arts! Can we preserve it here in a digital school like ours? Can we open a venue that would give good exposure to our traditional artists?”

The passing idea eventually evolved into the formation of an organization that no one, among the group of friends, ever imagined would be established. Since the day they talked about the idea, they managed to start writing the constitutions and bylaws little by little. Eventually, it led them to formally apply to be an official organization in the school. So, in September 2017, an organization of traditional artists in CIIT was born. It was later named “Atelier” (pronounced as at-l-yey) which means a studio or workspace for artists and designers. One year later, the organization that started with 13 friends grew into a family with 18 members.

The First Year of Atelier as an Organization 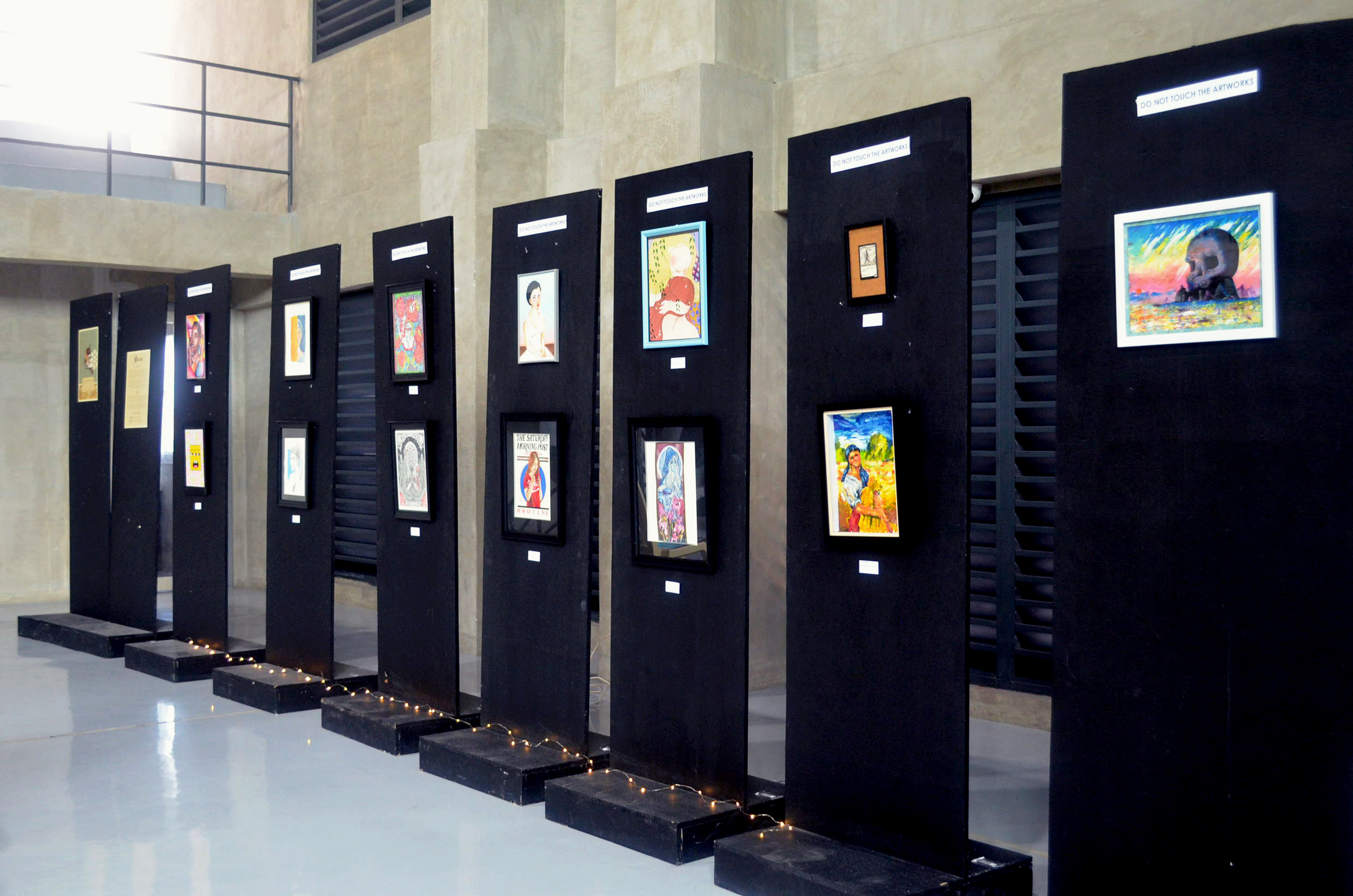 Charina Jimenez, Atelier president, shared a glimpse of their journey in a year time. She said, “It was a promising first year, especially with the positive feedback we constantly received from the faculty, staff, and even parents.” The organization, Charina recalled, was also overwhelmed with the messages they kept receiving on Facebook from the parents of incoming CIIT students who desire their kids to become members of Atelier. Also, they were surprised that in a year time, many of the members already received offers for commissions through the portfolio they produced in Atelier events.

It can be said that they literally started their organization from zero. They were only filled with determination and deep love for traditional art. Despite this, they strived to establish a closely-knitted family of traditional artists at CIIT by organizing events that showcased the skill of every Atelier members. The very first one was during the Halloween Party of 2017. In a short time, they managed to give #CIITzens a chance to experience the wizardly world of Harry Potter by designing a Harry Potter-themed booth that offered the most famous “Butterbeer”. Aside from this, Atelier also organized other events such as “Primero”, an exhibit that showcased the old artworks of the members; Infinity War, a fundraising project that featured traditional games from Marvel films in which they used handmade props produced by Atelier themselves; Life painting in oil; and, Urban Sketching.

Atelier After A Year

In celebration of their first year, the organization decided to make artworks inspired by the beloved masters of the traditional art. These artworks were presented through an exhibit entitled, “From the Hands of the Masters” from September 24 to 28 at the 7th floor, Interweave Building. In addition to the exhibit, Atelier brought back to the CIIT community, once again, the Butterbeer! They also featured Jasmine Dragon Milk Tea as a prelude to their Halloween special this year. 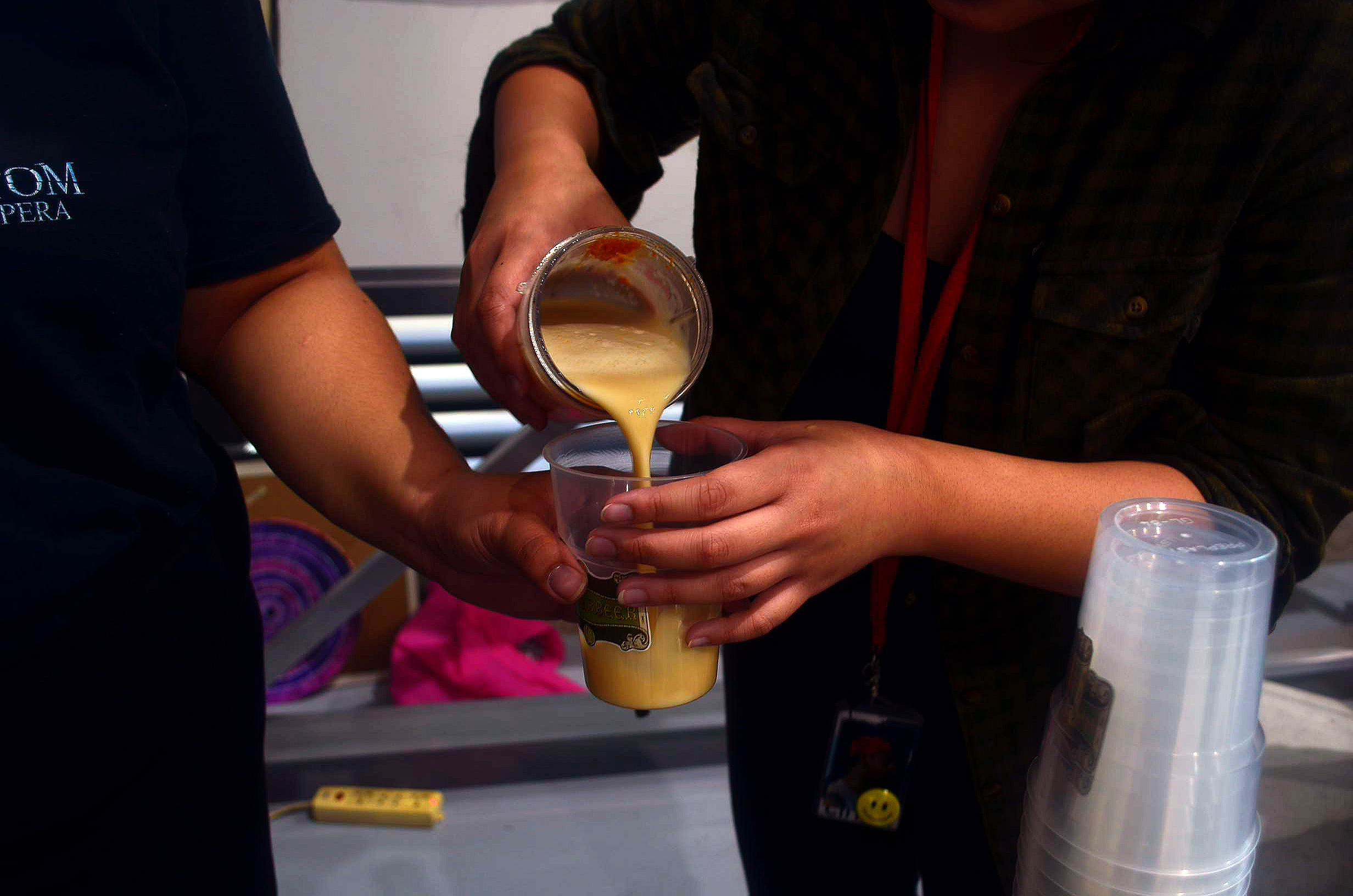 Atelier in the Future

“We want bigger,” Charina said with utmost determination in her voice. The expansion they are dreaming of is not with events per se, but with activities that will bring more exposure to the artworks of Atelier members. The organization is looking forward to brighter and bigger opportunities to learn and grow in traditional art. It is the vision of these creative young artists to make the organization more stable and beneficial. Even at their age, they want to do something to help preserve the traditional art where all visual arts began.

How to be Part of Atelier

The recruitment process for Atelier happens every third term. “We make it a point that the people we take in are committed to being part of Atelier,” Charina noted. They value the commitment of a member to the organization and the passion into doing traditional art. The process requires the applicants to submit three artworks to prove the team that the student is really into traditional arts. They will also be interviewed by the officers to assess if they really desire to be part of Atelier. The recruitment is also a term-long process before becoming an official member of the Atelier family.

“If you want to go back to where you started or nourish your skills in traditional art, Atelier will always be here both for artists and beginner artists.”, the Atelier family concluded. The celebration of their first year is just the beginning of more artistic and creative years to come. It is evident that with Atelier’s commitment and passion in the traditional arts here at CIIT, there is no stopping nor slowing down for this organization anytime soon.

Congratulations, Atelier! The whole CIIT community is so proud of you!