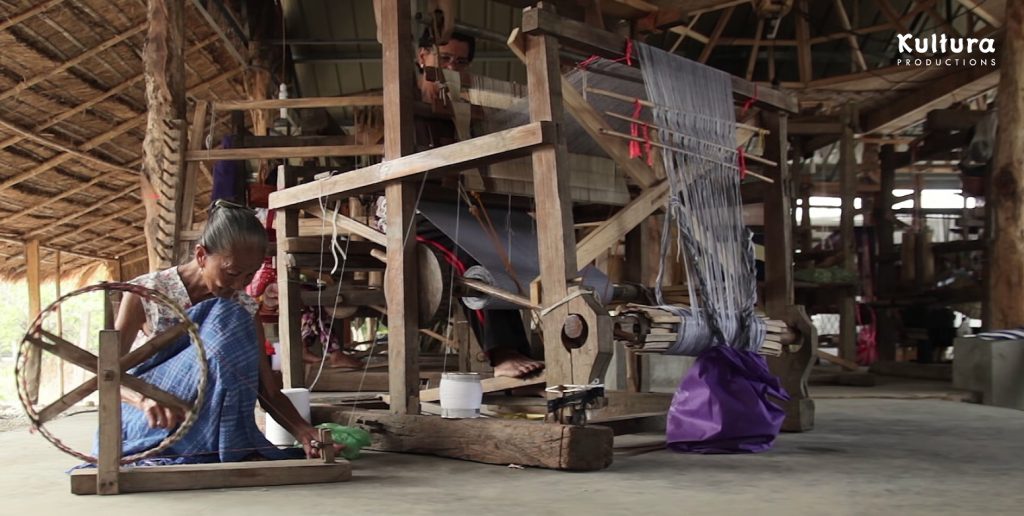 In the northernmost region of the country, a number of Ilocano women can be often seen tirelessly pedaling the pedal-loom to weave together threads after threads of yarns producing a famous piece of fabric that help keeps the Ilocano culture alive—the Abel Iloco. Over the years, the Ilocano weavers behind this traditional craft poured out a great deal of effort in keeping this traditional handwoven fabric running despite the competition in the commercialization and modernization of the clothing and fabric industry.

The colorful history and journey of Abel Iloco inspired a group of young filmmakers from CIIT College of Arts and Technology to produce a documentary film that will make the story of these Ilocano women known to the younger generation of Filipinos today. They were also moved by the story of the National Living Treasure awardee in 2012, Apo Magdalena Gamayo, also known as the Grandmother of Abel Iloco. At the age of 90, Apo Magdalena is untiringly passing down the skill of Abel Iloco weaving to preserve the culture of the community through this traditional craft.

These young filmmakers, known as Kultura Productions, are a group of students who have a deep desire to revive the tradition and eventually, awaken the love of Filipinos for the Philippine culture. They were initially brought together to submit a course requirement in Thesis 1 but later found their common love for the culture and tradition of our country.

Film Director, Matt Enderson Ong, personally picked the Abel Iloco for their documentary film for two reasons: One is the desire to produce a unique yet captivating material that can awaken the interest of many Filipinos, and secondly, Ilocos is closest to his heart since his Mother has an Ilocano blood.  After witnessing modernization overtaking the Philippine tradition, Kultura Productions is determined to produce a material that will turn that around. “Culture makes up our identity as Filipinos, not blood neither race. If the film turned out to be exceptional, I figured that there is a higher chance of attracting the interest of young people in this kind of concept (Philippine culture)”, says Matt.

Notwithstanding the long travel from Metro Manila to the Ilocos Region, these group of young filmmakers was driven by the determination to make the story of Abel Iloco known. They ventured two trips to the northern part of Luzon. During the first one, the team gathered data by conducting interviews around the community and visited the location of the weavers. Upon coming back to Metro Manila, Matt reviewed the interviews, produced the script and finally, formed the crew. After weeks of preparation, the team composed of five CIIT students braved the journey to the Ilocos region and went on to do the production in three days. Once back, the post-production phase that involves editing, musical scoring and narration recording made them extra busy for almost a week.

By the end of the week, Kultura Productions produced a compelling and exceptional visual storytelling of Abel Iloco that brought them one of the most-anticipated awards during Graduation Ceremony, the Best in Thesis 2016.

Watch “Manghahabi” by Kultura Productions on the video below.