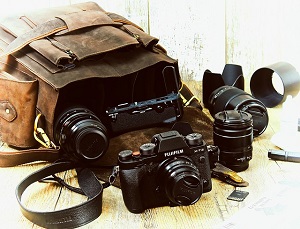 Double Takes, photographer Jillaine Lanuza’s first exhibit was recently launched in L4J Gallery, Serendra and CIIT was lucky enough to have attended and covered the exciting event from one of the school’s own students. During the opening of the event filled with artists and photographers, we were fortunate enough to have had the opportunity to chat with Jillaine for a short while. She graciously gave us a tour of her exhibit and told us the poignant stories behind each photograph. She informed us that each photograph was captured naturally.She made no embellishments and refused to use any of the fancy techniques of editing popular among artists right now. Her photographs were bare, natural, capturing the image as she saw it, a refreshing take in an age of mixed media and digital revisions. She also told us the concept for the gallery, which is called “Diptych”, where one place two photos side by side, juxtaposing the images, creating both relation and contradiction for the viewers, creating a new dimension for the artworks. When asked what triggered her initial passion for photography, she fondly recalls that, “It all started with my Lolo. I used to live in their house and we had a dark room, so I started tinkering with his equipment and camera, Pentax pa yung uso nun eh,” proving that small spark of interest can lead to wonderful beginnings.

Of course, as mentioned previously, Jillaine Lanuza is one of CIIT’s former students, as in the past, she took a modular class with one of the institution’s prominent educator, Mr. Robert Fontanilla. A degree holder from the Ateneo de Manila University, she enlisted in the course to pursue a deeper understanding of a craft and a practice that has risen to new fame among the youth in the last few years, hoping to strengthen her knowledge on this very competitive field. On the subject of her enlistment and experience during her residence in CIIT, she says that: “I enrolled in this class with the idea of validating what I have learned so far in doing photography, as well as unlearning bad habits I might have picked up being self-taught. I enjoyed my Photography module (Multimedia Specialist track) primarily because of the vigor of my classmates and the insights of our teacher, Robert Fontanilla. Experience is the best teacher and Sir Rob demonstrated that fact by allowing us to practice our passion through doing assignments and even going on an outdoor photo walks. Waking up early on a Saturday for two months was worth it!”

She also adds, as an advice to young and budding photographers who have a passion for this art form to, “Just keep shooting, don’t let others say that your photos are weird. It’s your photos. It’s your eyes.”

Double Takes is located on Juan (L4J) Art Space on the Second Floor of L4J Gallery, Serendra in Bonifacio Global City, Taguig. The exhibit will run from October 12 and will last till the 22nd.

Jillaine Lanuza (middle) poses with some of her fellow students.

Jillaine opts to use unique materials like wood as the canvas for her photographs to be printed on. The materials lends itself to a beautiful texture and adds another dimension to the theme of the exhibit.