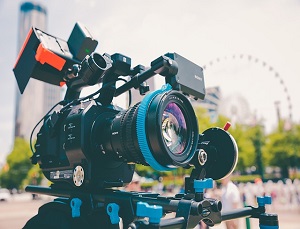 Pride and cheers of success once again came alive in the hearts of CIIT’s students as another milestone took place. Last November 30, 2011, at the rooftop of the Don Henrico’s restaurant located at Tomas Morato, Quezon City, the first ever CIIT Music Video Awards took place, showcasing once again the best and most creative works that the students of the school has to offer.And despite the holiday, everyone came full force, including the faculty, parents, guests, and of course, the judges.

It initially began as a simple midterm project initiated by Multimedia Arts Professor Stanley Coloma in his class. Amazed and awed by the finish products of the groups, the school requirement took an auspicious turn as Professor Coloma decided to make it into a full-blown event. The decision, of course, was graced by support and praises.

There were seven groups that submitted a music video each. There were no rules established. They were allowed to take matters in their own hands. They can utilize any song, conceptualize their own take on the music, and pursue the project the way they see fit. These works were then evaluated and critiqued by a panel of judges who graciously accepted the invitation. This panel was composed of Mr. Robert Peter Ancheta, Mr. Sherwin O, and Mr. Aisaku Yokogawa, the famous TV personality. Each judge, as they viewed each video, enjoyed what they saw, almost as much as the students who were behind each production.

The first video was an adaptation of the song “Outside,” by the band Staind. Due to the heavy mood of the song, direct Jerivic Antonio decided to utilize this particular tone to come up with a melancholic and deep interpretation which complemented the original material very well. The next video, directed by Ms. Kim Antonio, took the opposite direction. Using the recent chart-topper “Lucky,” by Jazon Mraz and Colbie Caillat, the video adaptation highlighted the idealistic notion of romance and showed everyone the charm and beauty of falling in love with someone. On the other hand, director Paulo Tutor’s video which adapted Giniling Festival’s “Holdap,” garnered laughter from the audience as it featured a rather literal and ridiculous take on the meaning of the song, featuring a topless man running around the metro, doing the most random of things. Soon after, it was Director Kristian Vanz Lavado’s turn. Featuring the song “By My Side” by David Choi, it featured the talent and technical expertise of the team who came up with a poignant rendering of a love song, proving that with the perfect technique, one can definitely tell a familiar story in a new way. High on love and romance, the next video, directed by Kim Ngo, brought everyone back to reality. Featuring the 90’s cult hit “Don’t Speak,” from the now defunct No Doubt, the video effectively shows the painful repercussions of love that no one expects but everyone is aware of. The second to the last video by Jethro Arciaga, which used the song “Black Box” from Dhruva Tara, gave everyone a breather and instead showed a mastery of technique with its very impressive cinematography. The local indie band themselves worked with the students in making the video. Finally, Andrew Alberto video translation of Kamikazee’s “Halik” again brought laughter to the viewers as it showed how boys adapt themselves to heartbreak, providing a perfect happy note to the visual feast.

Soon after the viewing, the winners were announced. Director Kim Antonio’s “Lucky” won the People’s Choice Awards, while Jethro Arciaga’s “Black Box” took the prize for Best Cinematography. Meanwile, Director Kristian Vanz Lavado’s beautiful rendering of “By My Side” garnered Best in Visual Composition, Best Director, and Best Music Video for 2011, besting everyone else in the healthy competition. During the portion where each of the seven directors were given an opportunity to informally discuss the process and experience of creating a music video, Vanz Lavado, humbled, expressed his disbelief and shock at garnering the most coveted prized.

Although new at the ball game, these students and their music videos proved once again that they can compete with the very best and the great talents in the industry. CIIT, with each annual Music Video Awards, a brand new tradition that everyone will surely look forward to, will continue to shows its commitment it pushing their students to realize their dreams and their true potentials in the field of Multimedia and Digital Arts.

Mr. Aisaku Yokogawa takes a picture with Apollo Tribe who bagged the coveted “CIIT 2011 MTV of the Year” along with “Best in Visual Composition” and “Best Director” for Vanz Kristian Lavado.

All 7 Directors takes to the stage with the judges and Mr. Stanley Coloma.

Directors and fellow students enjoy some bonding moments after the event.

The faculty member who made it all possible; Mr. Stanley Coloma himself.