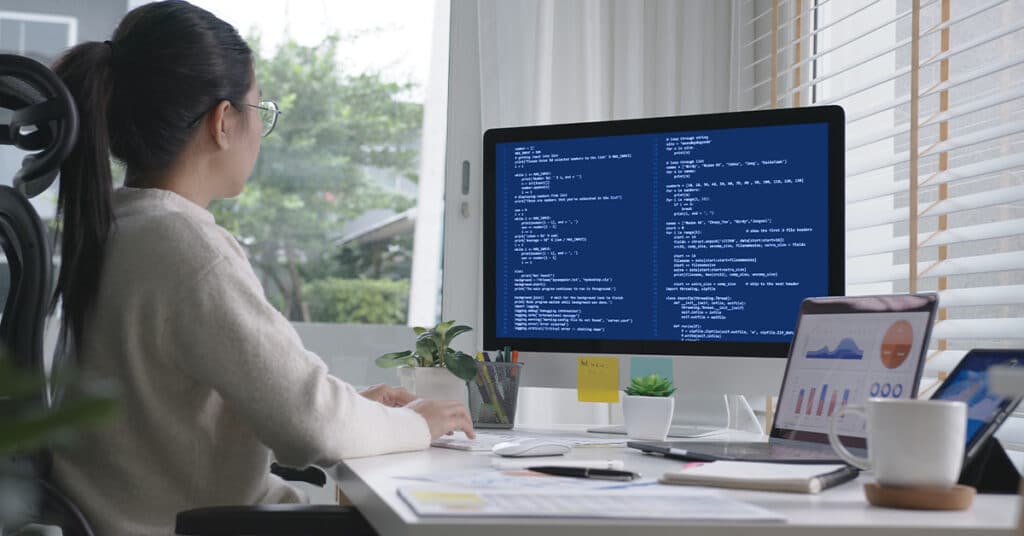 Today, several industries across the world are still considered male-dominated—but this does not stop women from moving forward and successfully building career paths in these industries.

One of the most notoriously male-represented is the technology sector. Despite the gender gap, women in tech have been reaching greater heights in their respective professions, consistently pushing the limits that used to bind them.

Get to know some of the notable women in the Philippines who are taking the computer science industry by storm.

Nowadays, more companies are beginning to embrace diversity as a primary strategy in improving employee retention. In spite of the observable progress in women representation in the tech industry, some reports still state a difference in salary rate between men and women, with women generally underpaid. This is also paired with a continued culture of sexism.

Asides from the aforementioned lack of representation and the pay gap, United States-based site CIO.com identifies nine aspects of the overall gap within the tech industry: employment opportunities, academic opportunities, work retention, discrimination brought about by the pandemic, opportunities to found their own company, and opportunities to be industry leaders in  the field of IT.

In spite of this, there is reason to believe that women remain at the forefront of their own fight for diversity and inclusion. Interestingly, the Philippines has also taken this step toward change.

Audrey Pe, the youngest STEM activist in the Philippines, started a non-profit organization called WiTech (or Women in Tech) that aims to educate and inspire the youth in breaking gender stereotypes and change the world through the power of technology. She herself has experienced discouragement in choosing a path related to tech—something that she took as a motivation instead of a hindrance.

On the other hand, two Filipino women played a significant role in the development of a popular video game. Gabby Llanillo and Madeleine Rodriguez were involved in the creation of The Last of Us sequel, the former working in quality assurance and the latter in testing. What used to be a pipe dream for them became a reality when they got the chance to become a part of the game’s development.

Other than being a part of something big, women can also start something big. Take a look at Yzabelle Palma who, as young as she is, managed to invent the AirDisc which is an air conditioning tool that makes use of low energy and has minimal chemical waste. She was a Mechanical Engineering student at De La Salle University.

Katrina Chan also became her own boss by starting the tech company, Qbo. She aimed to ignite the country’s tech startup ecosystem which led to the creation of 500 startup programmes. Furthermore, she also launched Start Up Pinay to provide support to the females in technology.

Another successful woman in the compsci industry is freelance art director and concept artist, Jacqueline “Jax” Jocson. She navigated the world of movie effects and illustration while taking her Fine Arts degree in Digital Media and Photography. Her knowledge and skills led her to different places, having been the genius artist behind the two dragons, Blackclaw and Ghostwing, in the 2014 mobile video game Vainglory from Super Evil Megacorp.

Rebecca Kersch, on the other hand, has developed a useful mobile payment app, making a name for herself in finance technology. This development was created by her to help overseas Filipino workers have an easier and cheaper way to send money to their loved ones at home.

These women and more are living proof that despite the lacking number of females in the compsci world, they have as much chance to succeed. Technology is not limited or exclusive to anyone.

CIIT Phiippines is an institution that aims to mold students to become professionals equipped to make a difference in the world. Women who aspire to build careers in the tech industry may find purpose in taking up Bachelor of Science in Computer Science, one of the specialized degree programs available at CIIT. Earning a degree in Computer Science will provide young women better chances to pursue the professions they want in a highly competitive and male-dominated tech industry.

Another degree program available at CIIT is the Bachelor of Science in Entertainment and Multimedia Computing, a specialized study for those who prefer to have a career in game development. Our curriculum is carefully curated to help students acquire the necessary knowledge, skills, and experience they need to become successful in their chosen careers. Learn more about our courses today.