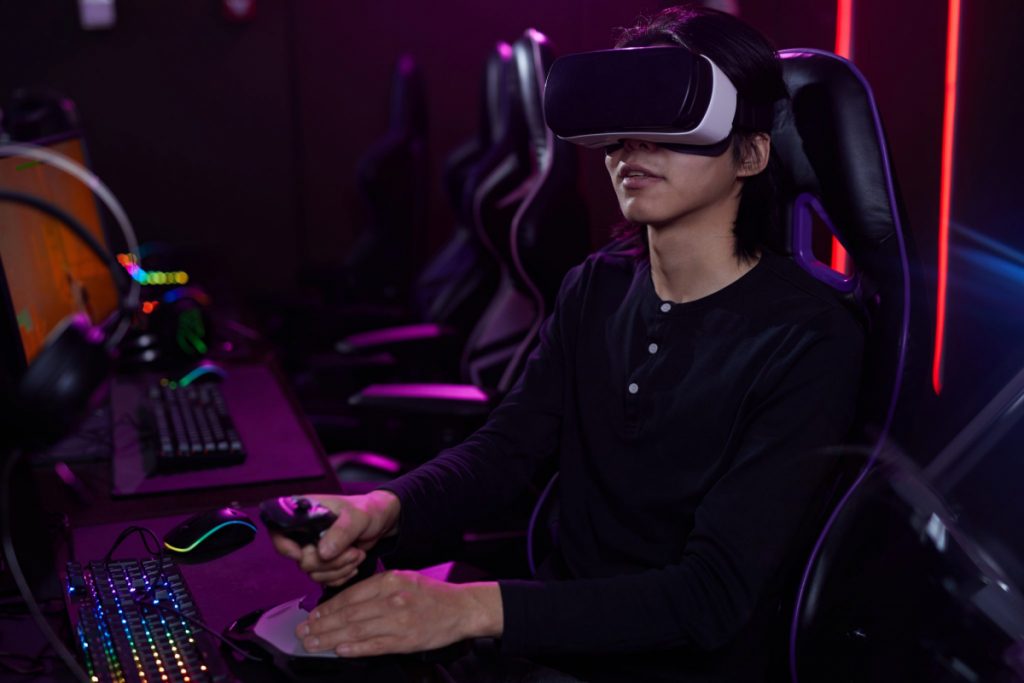 Is Game Development a Good Career: Pros and Cons to Consider

Gaming has advanced considerably. With more than a billion players globally, it has become recognized as a rapidly developing business. And it continues to rise thanks to the introduction of cloud gaming services and the entry of major internet corporations with their own gaming platforms.

The growing demand for game development reached its height during the pandemic. Around this time, mobility restrictions prompted the public to look for sources of entertainment. That said, people of any age spend time playing video games whether through mobile gaming or virtual reality. In fact, according to Statista, the mobile games segment was expected to continue growing in the next five years.

What is Game Development?

Game development refers to the entire process of creating video games—from project management to game design to sound engineering to UI/UX. And to produce them, game developers handle the game’s technical components using a wide range of computing languages. They develop, test, and maintain the games they publish after the game development team establishes the basic concepts and design of the games.

Game Development as a Career

According to Business Mirror, the local game development sector is expected to further flourish despite the pandemic, but the so-called brain drain may pose some risks to the industry’s talent pool. So for someone with a knack for coding and software engineering, game programming promises to be a rewarding career.

Advantages of Being a Game Developer

What is it about video games and players that make it so enticing?  Pursuing a career in game development will test not only your creativity, but also your analytical skills. Due to technological advancements in multimedia production, many people think video games rely heavily on animations and visuals. But in reality, it requires expertise in many different areas such as programming, user experience, and game theory.

So, is game development a good career for you? Here are the advantages of being a game developer.

1. Use both creative and analytical skills.

As a game developer, you can work on the ideas, structure, and rules the game designer conceptualizes. You may also have the opportunity to take part in artistic aspects such as concept art creation, scriptwriting or level design, especially when you are a part of a lean team. but your main job will be addressing the game’s technical components like game-play design or level mechanics.

Is game development a good career for people who want to work at their own pace? The answer is yes. Those who don’t like working in formal or corporate environments will find the flexible and laid back work structure in the game development industry refreshing. While the work environment can be demanding and high pressure, the fulfillment to be a part of something you’re enthusiastic about makes up for it. It contributes to increased job satisfaction in the gaming sector as well as longer, healthier careers.

According to Salary Expert, the average game developer salary in the Philippines is ₱770,646 per year, or an equivalent hourly rate of ₱370. In addition, they earn an average bonus of ₱24,940 per year. However, the pay will vary depending on the developer’s skills, field of specialty and other elements.

As previously stated, there is a great demand for video game developers. This industry’s reach is ever-evolving. With the rise in online engagement, game developers are finding work in many non-game companies where they are creating content as part of ad campaigns, films, or television series. Therefore, there are many opportunities for career advancement.

Challenges of Being a Game Developer

Like any well-established media industry, game development has no shortage of aspirants. Because of this, you might have a tough time landing a job at a gaming firm, if you desire a steady wage. That’s why, despite the fact that the sector is expanding, there are still some disadvantages to being a game developer.

As you ponder whether game development is a good career for you, here are a few challenges to consider.

Is game development a good career for someone who values work-life balance? Well, game developers are expected to work overtime during the game development process. You might be curious about a day-to-day cycle while thinking about a career in gaming.

Because game development is a project-based profession, the amount of work and stress experienced will vary. This depends on the stage of the project and how well it’s progressing. This might mean calls for game developers, game designers, and other team members to work overtime or on weekends to meet deadlines.

Speaking of deadlines, time constraints are a constant in game development. If the client needs a release ready for the tech show the following month, you and your team must complete it. The various stages of the project will have tight deadlines to allot considerable time for numerous iterations in game design and testing with a fixed launch date in mind. As the game development industry is now a saturated free market, the importance of launching your game ahead of others can make or break your marketability.

3. Compete for the position.

As one of the fastest-growing entertainment sectors, the video game industry is expected to generate billions in revenue. Therefore, this makes breaking into the market challenging and the clamor for highly skilled game developers high. Is game development a good career? With its continuous rise in popularity, market demand, and consumer growth, being a game developer is still a valuable pursuit despite the tough competition.

Video games regularly require upgrades, bug fixes, and security checks. The work in game development can be continuous past the launch date, and while this can be taxing it can also be rewarding as this means that players like it. Since the job is demanding, you need to understand that you might be on-call beyond the usual 8-hour shift.

Is Game Development a Good Career?

Is game development a good career as a stepping stone toward leadership roles? With experience, you can also qualify for higher-level roles such as lead or director for programming, art, design, QA or technology. As a game developer, you can work your way up to a managerial role to keep the team in line with deliverables and task prioritization. This position also entails providing technical leadership and project supervision to ensure the successful implementation of a feature or completion of the project. The level of responsibility will depend on your area of technical expertise and the leadership competencies you have developed.

Developing video games is a creative and analytical profession. This field also shows positive career growth over the next decade and boasts an annual salary higher than 17,500 PHP to 60,400 PHP. These could result in a return on your investment and job happiness. That being said, jobs may become more available as gaming drives innovation in fields like artificial intelligence (AI), esports, virtual reality (VR), and augmented reality (AR).

How to Become a Game Developer

Having a four-year degree makes you a perfect candidate that hiring managers prefer. Employers value knowledge base from entry-level job applicants who are graduates of a four-year degree course as there are top companies requiring candidates with a degree related to the industry. As per Harvard Business School study, researchers have found that job postings requiring a bachelor’s degree or higher education rose by more than 10% from 2007 to 2010.

With a bachelor’s degree in game development, employers will have an overview of your skills and knowledge base which is required for game creation. In addition, your capacity for doing quality and operations analysis will improve with ample education. At the same time, you will sharpen your critical-thinking and problem-solving skills under the mentorship of experienced and skilled instructors.

If you want to become a game developer, you need quality education, upskilling, and hands-on training. Equip yourself with specialized skills in various subject areas of game development by enrolling in a particular program that best suits you.

A CIIT education prepares working professionals or students who want to dive into the growing industry of game development with the relevant skill set needed to thrive in this booming sector.

Become a successful game developer and set yourself apart from other entry-level game developers through a two-year SHS ICT Programming diploma and four-year college degree in Bachelor of Science in Entertainment and Multimedia Computing. The program does not only focus on the design aspect of game development but also artificial intelligence in games, game theory, and web design and scripting among other important knowledge bases a game developer must have. The CIIT curriculum is based on current industry standards and practices and its specialized subjects are taught by industry  practitioners.

If you are a working professional looking into a new career, take CIIT’s Game Design and Development Specialist course. Experience every stage of game development from generating concept art and game UI and UX to coding.

At CIIT, we focus on providing quality arts and technology courses which fully equip our students with the skills, knowledge, and experience needed to achieve success in game development. Join us today!

Digital Arts School, Game Development
PrevPrevious StoryArts and Design Track Jobs that You Can Pursue this 2022
Next StoryDebunking Common Misconceptions About Computer Science and Highlighting the TruthNext