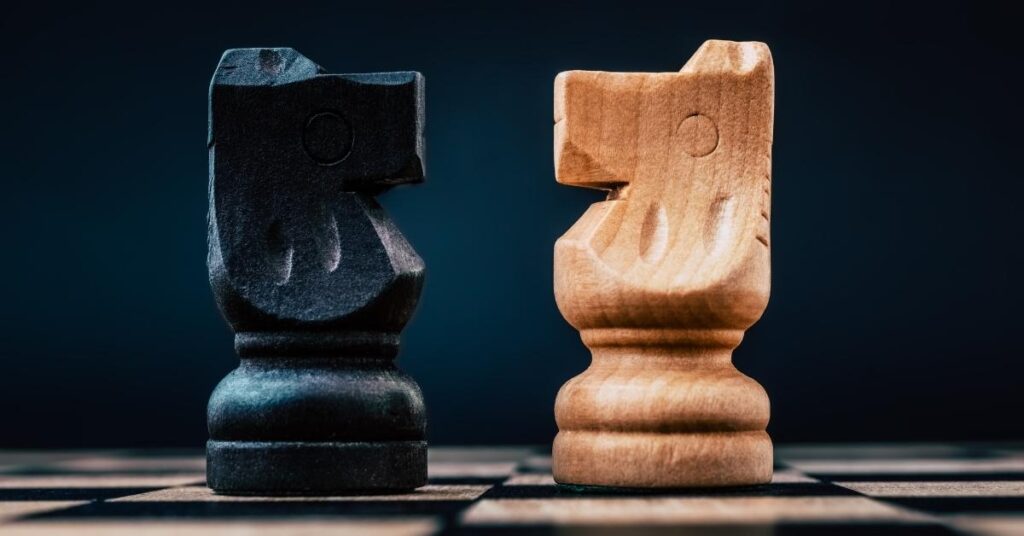 Game theory—we’re sure you’ve heard of it at one point or another. In essence, it’s exactly what it sounds like: It’s the study of coming up with a winning strategy in a game, be it an actual one or a metaphorical one (like real-life situations that you can treat as game-like). Principles of game theory come especially handy in situations when you have no clue as to what your competitors will do next.

It’s come to be an essential part of game development as it informs a game designer how their gameplay should work from start to finish. Similarly to its many other applications in life, it pays to know enough about game theory as it helps you develop excellent decision-making skills.

Learn more about how game theory works and why it is valuable for game development and design.

How Does Game Theory Work?

In one of the first scenes of the critically-acclaimed Crazy Rich Asians, the main character Rachel, who works as an economist, is seen teaching game theory to students at New York University, playing poker with a student as a demo. When describing how she beat her opponent, Rachel explains:

“Well, I know for a fact that Curtis is cheap. So he’s not playing using logic or math, but using his psychology. Our brains so hate the idea of losing something valuable to us that we abandon all rational thought and make some really poor decisions. So Curtis wasn’t playing to win—he was playing not to lose.”

Game theory entails having to understand your opponent in order to build a logic-based strategy to achieve your goal—in this case, to win.

Oftentimes, game theory will be introduced as is, which is a branch of mathematics best used in psychology, political sciences, and economics. It can be understood as a theoretical framework that makes use of social situations among players—usually competitors—and allows them to make decisions on their own through strategy.

While it highlights human interactions, its current application can also be used for animals and computers as well. Hence, it’s also widely used in biology and computer science nowadays.

Can You Have A Win-Win Situation With Game Theory?

Game theory used to focus only on zero-sum games, which refer to games where no “points” are added. This means, one person has to “win” and another has to “lose.” Today, the definition of game theory has evolved, and studies are now considering situations where win-win solutions are possible—or at least, lose-lose situations are avoided.

Game theory looks at conflict and cooperation between individuals using mathematics. These interactions are broken down into every possible decision that can be made by every player, matched with every possible outcome that can be derived from every combination of every decision. Next, corresponding rewards and losses for each person should be assessed.

Using this method, one can determine the odds of the game. If a game is balanced, this means  that players would likely have the same chance at winning. If it is unbalanced, one player would be more likely to win.

How Does It Apply In Video Game Development?

Game theory is useful in game development for quite obvious reasons. A game developer would have the ability to test the odds of their game and see if it’s fair.

Will a certain player always have an advantage, no matter the behavior of the other players? Or is the game always balanced? How can you make sure that players will make sound decisions?

The goal in game development is to always balance the odds. As a developer, avoid leaving an unfair advantage for one player over the others. Such a mistake can be committed even by accident.

While game theory can help design a fair game so long as the game makes use of decision-making, it should be understood that game theory cannot be applied to skill-based games such as those that require fast reflexes and good aiming.

At CIIT, You Can Build The Next Great Game

Game theory is but one of the many principles you need to master if you want to create an excellent gameplay, especially for a global audience.

Think you have the concept for the video game industry’s next big thing? Develop your ideas and equip yourself with the technical know-how to pursue game development.

CIIT Philippines offers world-class courses under our Bachelor of Arts in Entertainment and Multimedia Computing program. Our goal is to train our students with up-to-date industry trends and skills that they’ll need to succeed in their chosen industries. Browse our courses and let us kickstart your career with CIIT.