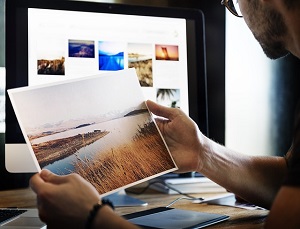 Graphika Manila International Multimedia Design Conference is home to a large pool of talents of hypermedia and graphic designers in the Philippines. Every year, students and professionals gather to showcase their creativity and exceptional talents. They hold this event not only to learn from the industry’s well-known personalities, but also to exchange ideas and celebrate the wonders of multimedia.

CIIT, one of the country’s premier multimedia school participated in the recently-concluded Graphika Manila conference. The state-of-the art school ensures that each student would learn recent advancements and firsthand information from these internationally acclaimed speakers:

Psyop is a multi-awarded company established in the year 2000 by Marco Spier, Marie Hyon, Todd Mueller, Kylie Matulick, and Eben Mears in New York City. The company’s creative director, Gerald Ding, participated in the event with his foremost goal of promoting unique techniques and tailored approach to every project. His excellent designs for Fanta, Wrigley’s, Converse, Bethany Consentino and RostamBatmanglij, and Powerade for Copa America made him one of the most sought-after designers in today’s generation.

Munkowitz, another must hear speaker during Graphika Manila,has more than a decade of experience as design director. With his exemplary designs, Munkowitz passionately conducts lectures and conferences in different countries around the world such as Australia, New Zealand, Japan, Korea, Philippines, Germany, Holland, Spain, Portugal, England, Canada, and the United States. His professional career began at London-based Vir2L Studios Europe as an interactive designer. At present, he functions as the design director for international brands such as Buck, Transistor studios, Engine Design, and Prologue Films. Indeed, participants are eager to find out how he was able to accomplish such achievements.

Droga5 is an independent advertising agency founded by David Droga in 2006. At present, it is being spearheaded by its strategic and creative CEO, SudeepGohil, who demonstrated passion, honesty, and genuine view on creativity. Headquartered in Manhattan, Droga5 continuously provides its utmost advertising services to excellent companies such as Prudential, Puma, Kraft Foods, Microsoft, Coca Cola, and Hennessy to name a few.

Joshua Smith, otherwise known as Hydro74, is an Orlando-based designer who believes that the sole purpose of his career is to surpass barriers into creative excellence. Furthermore, he believes that diversity and style tones make any project unique. His superb designs are admired by world-class brands such as Nike, Adidas, Lucas Films, Levis, and Harley Davidson to name a few.

Cuison is a graduate of Bachelor of Fine Arts in Visual Communication from the University of the Philippines. A highly recognized young talent who represented the country in the prestigious Cannes Young Lions International Advertising Festival. Despite an overwhelming schedule as a senior art director, he still manages to pursue non-advertising commitments. Last May 2010, his first solo exhibit, Gigzilla(a collection of his gigs and posters) concluded at Pablo Galleries, Cubao X.

From security guard to airport and parking lots, and now, multimedia. Well, that is creativity. You can’t help but show it. Austria worked as a night shift security guard, drove gas trucks, fueled airplanes, and collected carts in Costco parking lots before joining the advertising industry. Who would not recognize his creativity with Nike’s commercial featuring Rihanna and Volkswagen’s online teaser, “The Bark Side?”It is another good learning experience to listen to such a multitalented speaker.

With more than 3,000 participants, CIIT takes pride in showcasing Filipino talent and creativity;thus, hailing the event as one of the most influential and exciting arts assembly in the country.