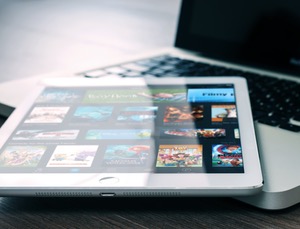 Graphics and Design Courses: Confessions of a Movie Fan

I am a big movie fan. Believe it or not, I can spend a whole day watching chick flicks, sci-fi, adventure, comedy, and action films. Besides good actors and great story lines, of course, I am enthused with great cinematic effects and graphic designs. Though we all have different standards when it comes to the “making” of a great film, for me, it becomes worth watching when it leaves a good lesson, awakens your senses, and entices your imagination.

I was 10 years old when I fell in love with the movie Titanic. As far as I can remember, everyone in school was smitten by the lead characters, Jack and Rose, the “heart of the ocean,” and the tragic ending. And oh, did I mention that most of my classmates even memorized some of the most memorable lines from the film… “Oh, oh, well, well…” “Jack, there’s a boat” and the ever famous, “when you jump, I jump”. Besides the story, I guess, what I loved most about the film was its great cinematic effect. If you are my age, I believe you can still remember how “realistic” it was when the ship hit the iceberg, was cut into half, and sank to the ocean floor.

After a decade of watching different kinds of movies, I can say that each film is as unique and as creative as its actors, directors, designers, and all the creative minds behind it. Though there are some movies that are a waste of time and money, still they are the products of the ingenious effort of the actors, directors, scriptwriters, and graphic designers.

Besides actors, directors, and scriptwriters, graphic designers should also be given commendation. Wait, I am not a graphic designer. But these geniuses should not be overlooked and should be given proper credit. Why? Well, let’s just say that a movie would be boring, uninteresting, and dull without them. If this happens, I think I’d rather read books.

Graphic designers play a vital role in creating a good film. They are the ones who blend the colors, typography, images, symbols, as well as the systems of a surface to create an environment and/or a scene that looks real. Thus, graphics and design courses, nowadays,are emerging as one of the most popular choices among individuals who want to reach greater heights in film, communication, and advertisement.

If you are interested in IT (Information Technology), multimedia, and/or graphic design courses, here’s good news. CIIT, a full-fledged educational institution in the Philippines, caters both promising students and professionals that need quality training in multimedia, arts,and IT. It was established not only to provide high quality education but also industry-relevant courses that will provide them an advantage as they enter the professional world.

To know more about CIIT and its programs, visit ciit-ph.com.