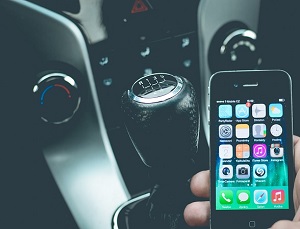 The advent of tablets and smartphones has truly changed the way people play games. Unlike before when games were limited to personal computers and consoles, kids and grownups nowadays go gaga over game apps downloaded and installed on their mobile phones.

Who haven’t tried playing Candy Crush, Temple Run, Clash of Clans, 4 Pics 1 Word, Flappy Bird, and Minecraft? For sure, your mother has even asked you for a “life” or a cheat to solve a word puzzle game. Surely, we don’t just use our phones to call or text our friends. Now, we maximize our phone’s battery life trying to beat our friends’ top scores on our favorite mobile game.

Given the popularity of mobile gaming today, many game design companies continue to create new and exciting products to introduce to the market. This year, a new list of games is slowly gaining fame. Do you want to check what these are?

Below are the top five game apps to watch out for this 2015:

1. Crazy Taxi City Rush – This is the latest of the video game series developed by Sega, one of the most successful developers. Like Temple Run, this app gives players the control to swerve in traffic and make turns while running a taxi.

2. Modern Combat 5: Blackout – Developed and published by Gameloft, this multiplayer series retains the old features from four previous versions but offers players a new feature: they can pick a soldier class.

3. Gunbrick – Released in January 2015, this mobile game for both iOS and Android platforms allows players to control a “gunbrick,” roll, jump, fire bullet, and reach a finish pad at the end of each level.

4. Dragon Quest V – This game has been around for years but for limited access only through old platforms. In January 2015, developers released a mobile version on app stores giving RPG gamers a chance to enjoy new, fun features.

5. Badland – This is an award-winning mobile game that has also gotten positive critic reviews. Players who want adventures and surprises will surely like this game. The setting is a mysterious forest wherein another mysterious machine appears during the gameplay.

These are just few of the many game apps that enthusiasts can play online solo or with other players. Some of them cost a few bucks and some are just free.

Like some other online players, perhaps you’re also hoping to make your own mobile game. Don’t worry; it’s attainable. You just have to enroll in a game development school in the Philippines, develop your creative skills, and learn the current trends.

Enroll at CIIT, a leading digital art school in the country. For more info about its courses, visit its web site at www.ciit-ph.com.