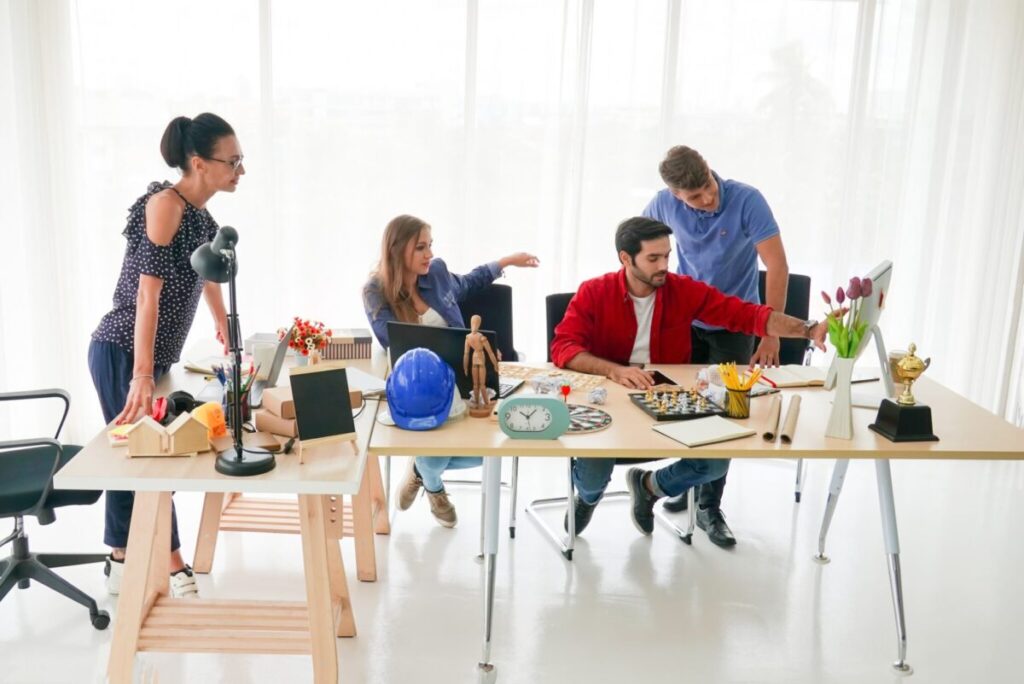 Everyone is enthused with various video games these days. Who hasn’t enjoyed playing Mobile Legends, Pac Man, Tetris, The Sims, Half Life, Guitar Hero, Diablo, and Angry Birds to name a few? Isn’t it amazing how far our ideas can go? With this, more and more are getting keen to take a mobile game development course and build their career in this field. Are you one of them? Get to know more about the country’s gaming industry and game development companies to give you an idea on how you can turn your dreams into reality!

The Growth of the Gaming Industry

Game development is as old as the history of television. It is innate in every person to use spare times for fun. The concept of making electronic videos and gaming systems began with Atari 2600 in 1977 and has since steadily evolved with the most recent Nintendo Wii. The fast-paced growth of the gaming field provides a large talent pool of Filipinos with the moment to express creativity and passion by producing world-class recreational products. With such great talent, more students are inclined to look for the top school to hone their skills.

One of the top multimedia schools in the Philippines is CIIT. The school is a proud member of the Cosmopoint Education Group (CEG), which opened its latest branch in 2008 in Quezon City, the ICT capital of the country. We offer courses in computer science, multimedia arts, and entertainment and multimedia computing (BSEMC) among others. These help and train students to become world-class experts in the gaming industry.

The Minds of Game Development Fans

Everyone gets the chance to feel how it feels like a child once in their lifetime. This is the stage where one wants to have many toys and play with other kids. The usual kids’ routines of playing have quite changed over the years. Before, kids quickly get drawn to toy cars, balls, robots, dolls, and many others. Due to people’s endless desire and attempt to seek hopes for more tech invention, however, there has come a new set of recreational tools for children. Today, kids are busy playing video and mobile games even without someone to play with.

More than being an awesome growth, this change serves as a milestone to human history. This breakthrough has caused minds to be curious about game development. Like kids, adults are very eager to learn the process of building their desired games for their varied reasons and uses.

The gaming field usually hires those who have the practice and the knowledge in the field of ICT. As such, people in other fields, but who want to give game development a try, tend to back out thinking that they only have interest in—but not the passion for—the craft. On the other hand, this field gives high hopes to anyone who wants to pursue this path. As long as you’re willing to learn, you can achieve success!

Every “virtual” scene is a product of a well-thought idea turned into a desired end result. Here’s the major process:

The next step depends on you. Are you going to distribute and publish the product? If so, make sure there’s no problem with it. Collect feedback from users. If you’re having a hard time building fun and recreational products, you may opt to enroll in a known ICT school based in the Philippines, CIIT.

CIIT: A Game Development School in the Philippines

Technology has greatly changed the way we learn and study. It has transformed the world and made it possible for many things to exist, when it was once thought otherwise. Here in the Philippines, CIIT gives every Filipino a strong tool to express ideas in a unique way. Aside from world-class and highly skilled graduates, it also promotes the Filipinos’ skills and talents through high-quality learning.

CIIT believes everyone has an artistic skill deep within themselves. One simply has to learn to enhance their skills. With this, CIIT made it possible for you to pursue your passion and dream! Check out our BSEMC program and see how you can use your creativity to translate your ideas into a world-class recreational reality.

Partnership of CIIT and Anino Inc., a Game Development Company

As a state-of-the-art school, CIIT aims to provide a vast array of cutting-edge training solutions. We ensure that each student is nurtured with the proper knowledge and skills to surpass the fast-paced game development world. Nevertheless, despite the decline in employment and revenue growth in the country, the local gaming market increasingly demands for skilled specialists, especially in 3D animation and mobile gaming to ensure industry-ready graduates.

Hence, CIIT has teamed up with Anino Inc. (formerly Anino Playlab; Anino Games, Inc.), a third-party game developer focusing on end-to-end applications. Further, they have worked with top-tier publishers such as Electronic Arts, Namco, Activision, Disney, Game House, and Big Fish Games. The award-winning creativity, experience, and round-the-clock attention for each project are some of the many reasons for its stable success, which CIIT wants to share to its students.

With such talent and passion for recreational products, Anino is able to create various products such as:

Today, many game development companies in the Philippines look for skilled artists who can fill the large demand caused by the boom of PC and mobile game consoles. The country’s goal is to make the global community aware of our expertise in producing quality and superb games and apps.

With that, here are the top game development companies that you can target for your first job if you’re into developing games.

Everybody notes this firm as one of the largest game development companies in the Philippines. A third-party game developer for Mac, Facebook, Nintendo, iPhone, and other platforms, Anino is the firm responsible for mobile game mega-hits such as Lost Cubes and Juice Cubes.

This firm based in Marikina composes of a team of artists who have worked on comic book productions, conceptual designs, character designs, DVD cover arts, storyboards, and fashion design.

Starting with only five people in 2007, this Makati-based firm grew to be one of today’s most valued video game companies. It develops and designs games and mobile apps, and offers web and digital marketing services to its clients. Its primary HQ is in Phoenix, Arizona.

This game development studio is behind the games “Talecraft Story-Creation Card” and “Starstruck.” They create games for Facebook, websites, and mobile devices. They focus on comics and illustration and develop websites, mobile apps, and flash advergames.

TOSE is Japan’s largest commissioned game software developer. They base this on the number of workers it has employed and the quantity of software titles it has developed. Its Philippines branch, which is 100% owned by TOSE, Co., Ltd, opened in June 2013. The company, which is also the first entity in South East Asia under TOSE business group, serves as a development hub for its digital content application and smartphone games.

Aside from these, you can also try applying to local animation firms that hire BSEMC graduates.

So, what’s your next step? Of course, you need to find a game development school in the Philippines that can groom you with the right and in-demand skills. The school will surely anchor your entry to the world of online gaming. Check out our list of courses and programs to learn more!