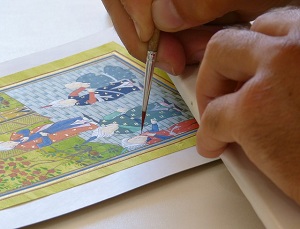 Who among us would not want to become the next Philippines’ national artist? Most young artists aim for awards. Getting one is a measure of great skill and work. Today, the best fine arts schools play a big role in guiding and honing the country’s future national artists.

Since 1972, 16 Filipinos, who gave major contributions to the growth of visual arts, received the Order of the National Artists Award.

This serves as a tribute to them for showing great talent and notable works in visual arts over the past few years.

As the country’s first National Artist, he infused lighting technique into his paintings, making most of his designs bright and sunny.

His eye for structure, choice of color, and folk values are so distinct in his art.

The Bonifacio Monument is just one of his famous works, but Tolentino taught at the UP School of Fine Arts, too.

Called “Father of Modern Philippine Sculpture,” Abueva used many forms of materials in his craft.

Tagged as the “Father of Modern Philippine Painting,” he used dark and subdued shades in his art pieces.

His paintings mirror reality that reels on the verge of perception.

A pioneer “neo-realist,” he used the geometric technique.

A painter, sculptor, and designer, Luz shows serious expression and form in his art.

Navarro is famous as a versatile and good painter/sculptor.

As painter and multimedia artist, he featured the country’s landscapes in his works.

Imao, a sculptor, painter, photographer, and ceramist, is also into documentary filmmaking, research, and writing.

Known for his acrylic and oil paintings, he draws in ink, water, and pencil also.

Tagged as “Dean of Filipino Illustrators,” he tells stories in images and print.

Many of these artists received formal training in visual arts from the best schools here and abroad and proved that pursuing their passion has rewarded them pride and prestige. As a young artist, you may have wished for this form of credit, too, so why not look for the right fine arts school to boost your skills in arts.

To find more details on the best digital school in the Philippines, visit the CIIT web site at www.ciit-ph.com.