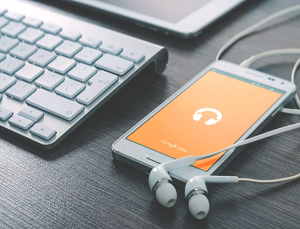 Mobile game development is on the move right now. Game developers are constantly creating new games that could entertain and attract gamers of all ages. From color-matching games to warrior games, people have everything on the mobile now.

But do you know what comprises a highly addicting application for gamers? Read on to discover the secrets behind an impressive mobile game below:

A good example of a simple yet fun mobile game is Fruit Ninja. As the fruit is thrown onto the screen, the player only needs to swipe his/her finger across the screen. The swiping creates a slicing motion, attempting to slice the fruit in half.

2. It should allow multitasking.

A casual game like Angry Birds can be operated using a single hand. It does not include a time limit and does not require the player’s fixed attention. This allows the user to play the game even while doing something else completely.

3. It must have an illusion of control.

We like to be in control. Thus, when we’re given the power to control the game and make our own strategies, we are attracted to discover and use them constantly. Simulation games, such as Dino Safari 2 and Shipwrecked: Lost Island, are examples of mobile apps that embrace this feature.

4. It should have an effective compulsion loop.

Compulsion loop refers to the “in-game virtuous circle that keeps players engaged” (Beresford, 2013). In Candy Crush Saga, the compulsion rounds are tight and effective. This happens when you move the candy, create combinations, get scores, and receive praise or cheers until you finish the level or fail. The levels themselves can also be considered a compulsion loop as players are often challenged to try more difficult levels after winning a round.

5. It should boggle user’s mind.

Our mental need to complete patterns has led to the birth of structural games. Among the many examples of this are Tetris, Sokoban, and Solitaire.

6. It should include a leaderboard.

Leaderboards allow players to compare their game achievements to other players. One great example of a game with a leaderboard is Zombie Highway.

7. It should constantly acknowledge the player’s feats.

Candy Crush’ popular lines (ex: “Sweet,” “Tasty,” “Delicious,” and “Divine”) are more than just monotonous voiceovers that emerge every time you strike the right combinations on the board. Combined with a grand dash of color and enchanting sounds, these lines make the perfect booster that will keep the player hooked to the game.

8. It should practice hedonic adaptation.

Hedonic adaptation is the concept behind the limitation on number of rounds a person can play before he waits for another chance. In Clash of Clans, for example, you need to wait for a while before you can enter another building or upgrade stuff.

Learn more mobile game development techniques from one of the best schools in the metro. Visit www.ciit.edu.ph for further details.