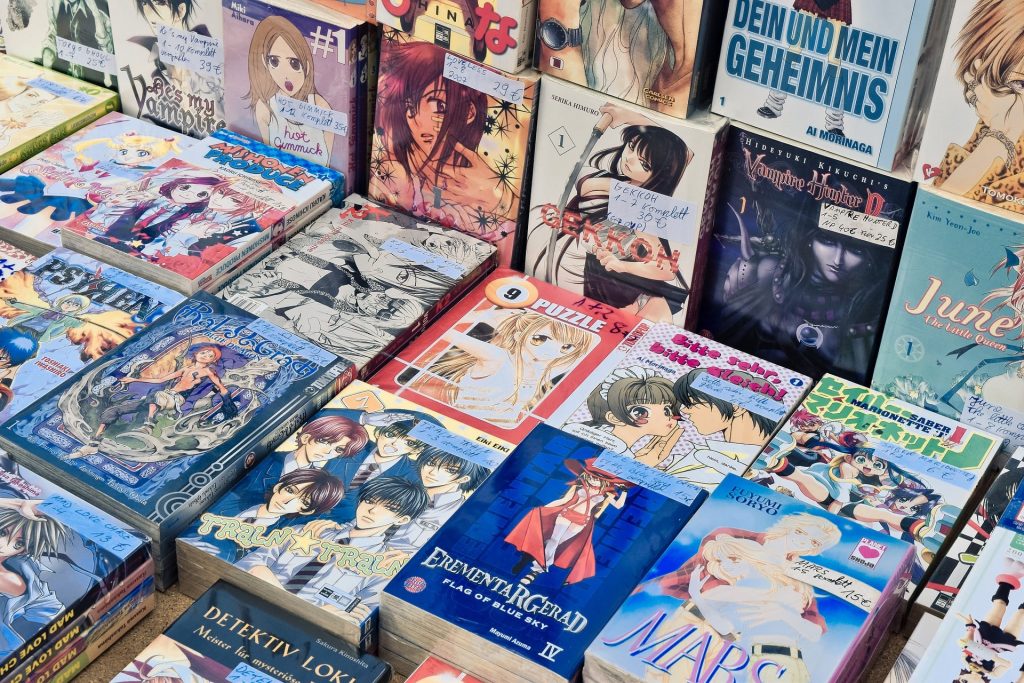 Best Anime [Movies] of All Time That Aspiring Artists Should Watch

Carefully sketched visuals and complex storylines combined with great music tracks are the basics of a remarkable anime. Anime is a term coined to define a style of Japanese cartoon or animation. Indeed, it takes excellent skills and grit to produce a complete anime series. Artists shed blood, sweat, and tears to create the best anime that will truly ring in the viewers’ head.

Perhaps, all of us came across an anime show once in our lives. It may be a part of our childhood memories or an interest we have developed as we grow. Despite the language barrier, anime shows transcend lessons about all aspects of life. Amongst anime we have known, several creations struck our hearts. Read on and learn the best anime ever created.

The Popularity of Anime Movies and Series

Anime has been widely known in Japan for decades already. However, it’s until after WWII that modern anime gained popularity in foreign countries. Perhaps, others may say that anime are for kids; but there are also thought-provoking anime for kids at heart.

So, what are the benefits of watching anime? Watching anime could improve one’s creativity. Being exposed to various sketches, colors, and animation techniques could help us view art with a critical mind. So, if you’re an aspiring animator, anime watching could help you improve your creative outlook.

Another thing that sets anime apart is the plethora of genres it offers. From comedy and drama to fantasy, romance and a slice of life, anime has something to give to all its viewers. One notable anime genre is science fiction or sci-fi. This genre consists of futuristic concepts revolving around scientific ideas. Get to know more about sci-fi by watching our list of best anime movies and series.

1. Weathering with You (Tenki no Ko)

Released last July 2019, Tenki no Ko combines sci-fi, fantasy, and romance all in one film. Makoto Shinkai, a Japanese animator and director, created this story about how weather affects humans and vice versa. It revolves around the lives of Hodaka, a runaway boy, and Hina, an orphaned girl. They meet during a time when Tokyo experiences constant rainstorms. However, Hina’s secret will surprise him. Hina is different from the others; she is the famous “sunshine girl”. See how these two conquered challenges together and how their friendship evolved until the end.

This Makoto Shinkai work became one of the best anime movies of 2016. In fact, it was recognized as the second highest-grossing anime film of all time worldwide. Similar to Tenki no Ko, this anime bounces off between sci-fi and romance. It’s a story about two young souls separated through space and time. Mitsuha and Taki are two complete strangers living different lives. Until one night, a bizarre incident happens which totally changes their thread of fate. The next morning, they wake up and realize that they have switched places. The two build a connection as they manage to cope up with this peculiar event.

3. The Girl Who Leapt Through Time

Another element that gives anime its dream-like feature is its knack to tackle the mystery and beauty of time travel. Makoto Konno, a free-spirited schoolgirl, acquires the power to go back in time. She immediately uses this power for her own gains. For instance, she uses it to traverse back to the 13th of July to avoid all doom. However, the story becomes complex when her power runs out.

It’s one of the Hayao Miyazaki’s best anime works. The story begins when the family of a young girl named Chihiro takes a wrong turn on their way to their new home. Lost and hungry, her parents find a deserted place full of scrumptious food. Chihiro refuses to eat and explores the place instead. Here, she meets Haku, a mysterious young boy, who warns her about the dangers of staying in this mystical place. Chihiro goes back to her parents and to her surprise, both of them becomes stout pigs. Now, she starts her search for ways to bring her parents back to normal again.

5. To the Forest of Firefly Lights

Known as Hotarubi no Mori e, this shoujo anime revolves around the story of romance and fantasy between two souls from different worlds. It starts when the six-year-old girl Hotaru got lost in a forest. Upon her search for a way out, she meets Gin, a mask-wearing lad. He helps her get out of the place and eventually, bids farewell. Gin then reveals his identity to Hotaru. He tells her that he’s a human-like spirit and is cursed to vanish once a human touched him. The two become good friends and Hotaru promises to visit Gin every summer. When Hotaru becomes a fine young lady, Gin asks her to join him in a spirit festival. This event leaves a great impact on their lives forever.

This series is about time travel and parallel universe. A self-proclaimed mad scientist named Okabe Rintarou learns how to transport himself to an alternate reality. Using his tools and skills, he goes back and forth to a certain time to save a friend close to his heart.

2. Code Geass: Lelouch of the Rebellion

This best anime is filled with action and sci-fi, and a splash of romance. The story happens when the Holy Empire of Britannia conquers Japan and names it Area 11. One day, Lelouch, a Britannian student, gets caught in the middle of a fight between the new council and Area 11 rebels. Here, he meets an unusual girl who gives him the power of Geass. The power embarks his new journey as Zero, the council’s main enemy.

No Game, No life is about the unbeatable gamer duo—Sora and Shiro. Viewing the world as boring and lousy, they resort their efforts in online games. Eventually, they become famous in the online community under the name “Blank”. One day, an invitation from a gamer named “Tet” appears before them. Upon saying yes, they are brought to a new world. This immerses their new goal: to beat Tet and become the new gods of his world.

It’s about two aspiring musicians who live, not on this planet, but on Mars. This time, mankind has moved to a new frontier governed by AI. As a result, most people become passive consumers. Despite this effect, two young girls, Carole and Tuesday, meet and aspire to share good music with the crowd. Truly, it’s the best anime on Netflix you should watch.

Many may agree that it’s one of the best anime of 2019. Everyone in their world has a special power. Unfortunately, Izuku Midoriya is one of those who doesn’t have any. Thus, he experienced bullying during his early years. Yet, these events did not falter his dream of becoming a great hero like All Might. He then enters U.A. High School, a place where young boys and girls are trained to become a great hero.

Become the Best Anime Artist with the Top Animation School

Do you want to follow the footsteps of Miyazaki, Shinkai, and other famous animators? Aside from watching these best anime shows, you may also develop your expertise through our programs. Hone your artistic skills with CIIT Philippines, the best animation school in the Philippines. We offer Bachelor of Multimedia Arts and 3D Animation Specialist programs for aspiring anime artists like you. Contact CIIT to know more!