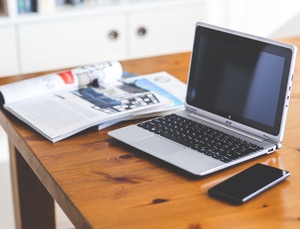 The current generation is enjoying a lot of wonderful things. In fact, education has also become more exciting than before. With a wide range of modern college degree programs to choose from, students are no longer limited (or even obliged) to take traditional courses that are deemed recently obsolete. Information technology covers a variety of tertiary education curricula. One of these is animation.

Webopedia.com defines animation as “a simulation of movement created by displaying a series of pictures or frames.” Unlike a regular video, animation is a collection and recording of pictures that are put together with an aim to form or portray an illusion of motion.

Cartoons best defines animation. While they keep people amazed, not everyone has an idea or a better understanding of how to produce such “masterpieces.” Here’s a quick look at the processes that every animated piece goes through. Primarily, with a simple idea or concept, the artist proceeds to do the following:

–      Prepare the script and plan for production
–      Design the concept
–      Create a storyboard
–      Perform production design and visual development
–      Record the dialogue
–      Produce the layout; another one has to design costumes
–      Stage the scenes by illustrating the characters’ various positions in each shot
–      Provide model sheets showing all of the characters’ possible facial expressions and poses to display in each scene
–      Create simplified animatics right after the storyboarding phase
–      Proceed to producing the animation; here, the animator does the layout, modeling, texturing, lighting, rigging, and animation; also involves the final touch on backgrounds and colors
–      Composite and edit the sound and video

Watching cartoons and other animated movies is such an exciting thing to do, not only for youngsters but also for the young at heart. Animation is a product of one’s innovative mind and creative hands. It helps an animator express his imagination; likewise, it brings viewers to a whole new dimension. Indeed, it’s where strange fantasy seems to be actually happening in the real world.

If watching animation can satisfy one’s imagination, how much more learning its specifics? Today, animation isn’t just a part of multimedia presentations but also a learning area that hones the students’ artistry and fuels their passion for innovation.

Like other college courses, a degree in animation isn’t easy to accomplish. It takes amounts of determination and passion to endure the challenges of obtaining a diploma. In the Philippines, enthusiasts and interested students may enroll in an IT-digital art school that offers 3D animation specialist course.

3D artists will be very in demand. The school helps students become the best that they can be by honing their artistic potentials. Graduates of animation degrees and programs are expected to work in a variety of industries such as television, interactive media, film, and web site and video game development.

Develop your creative talent now. Make your fantasy happen. For more information, call +632 411.1196 or send your e-mail to info@ciit-ph.com.