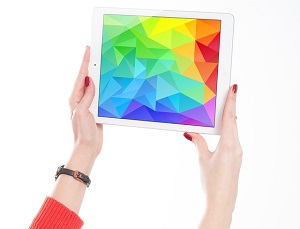 In the early days, video games were only available on arcade machines.But,nowadays, such form of entertainment has truly evolved from the simple Atari and Nintendo graphics to more detailed simulations filled with life characters in today’s wide-range cutting-edge platforms such as Wii, IPod,iPad, Xbox 360, and PlayStation Network, among others.More so, the continuous development on game designing these days can be attributed to the availability of different state-of-the-art game engines and middle ware packages that artists, animators, and designers can utilize in creating more complicated yet proficient artworks. In addition, the following factors are significant in the evolution of game development in the early 1980’s:

Before these breakthroughs, however,game developers need to write every line of code, often with the help of assembly language,and depict even the smallest addressable element of the design to capture a true-to-life movement.

Also, with more sophisticated and in-depth computer graphic imagery tools at hand these days, designers have come up with more popular and more entertaining 3D animation games using easier and more efficient-result processes such as:

This complexity has captured millions of game enthusiasts and eventually marked the growing success of digital entertainment in the world market. In fact,a recent report shows that from its $66 billion worth in 2010, the industry is expected to grow at a much faster rate.As forecasted, it will increase to $81 billion by 2016, creating a strong demand for skilled animators, digital artists, and designers in the job market.

As early as 1992, the industry has existed in the Philippines. Several Filipinos are already providing services to international interactive entertainment companies. In fact, at this time, Filipinos are able to develop 3D animation games for an array of gaming platforms, including Nintendo, Sega, Game Gear, Game Boy, and Sony PlayStation.

Computer simulation is a dynamic and multifaceted industry that requires creative and technical proficiencies.Therefore,enthusiasts in this field must have the expertise and competencies to be able to penetrate and make an impact in this career. Apart from the artistic skill-set and professional training needed to be competitive and successful, digital artists must also have the following personal qualities:

In response to the fast-growing demand for industry-ready professionals, schools and training centers in the Philippines are offering world-class quality Information and Communication Technology (ICT) education to produce globally competitive professionals in 3D animation games.Since 2008, CIIT has been providing premier affordable, world-class quality ICT education in the Philippines with courses that are always industry relevant and up-to-date.